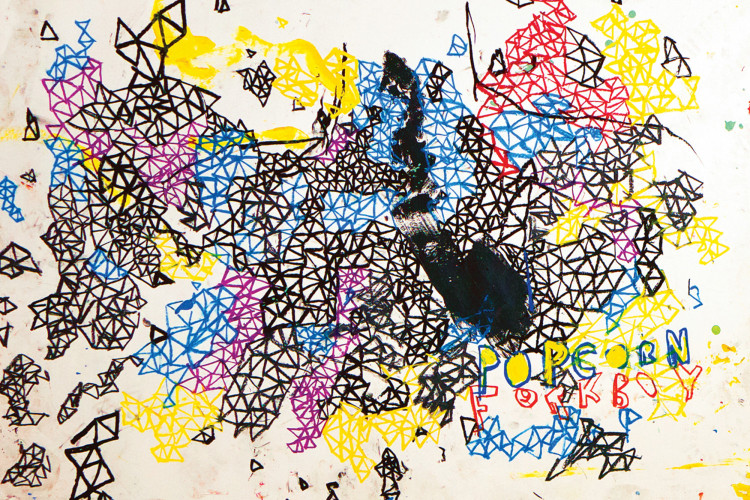 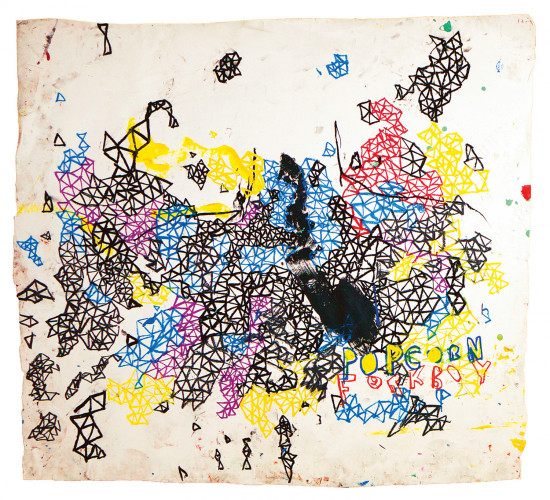 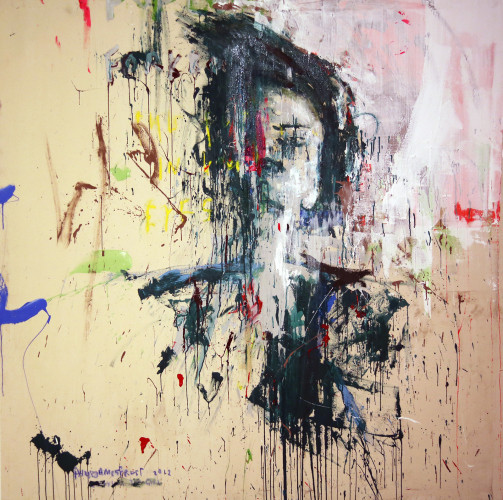 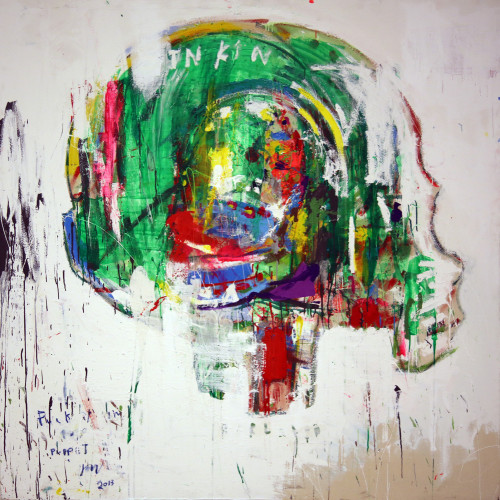 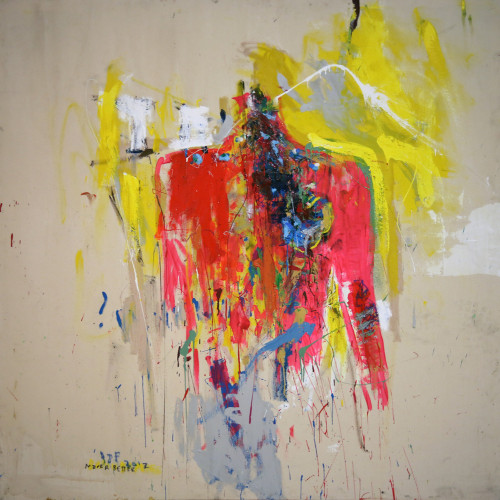 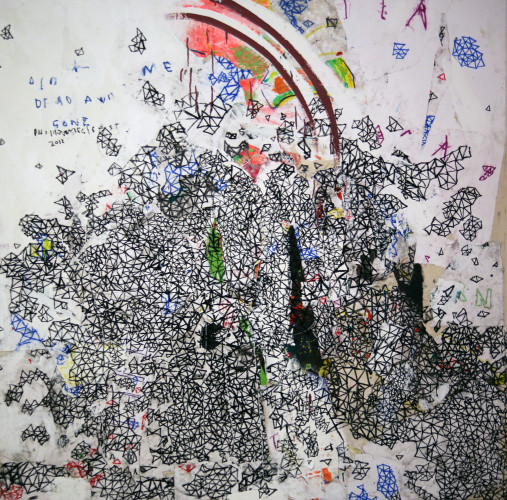 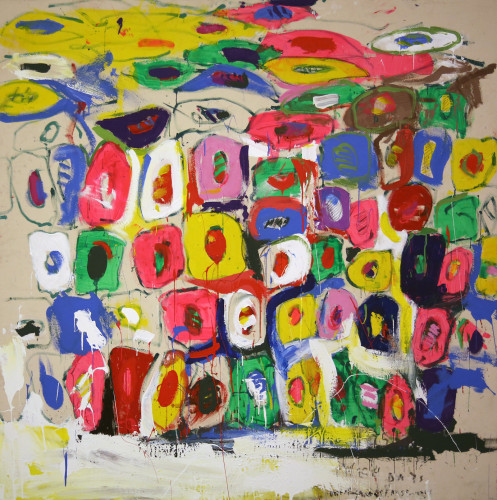 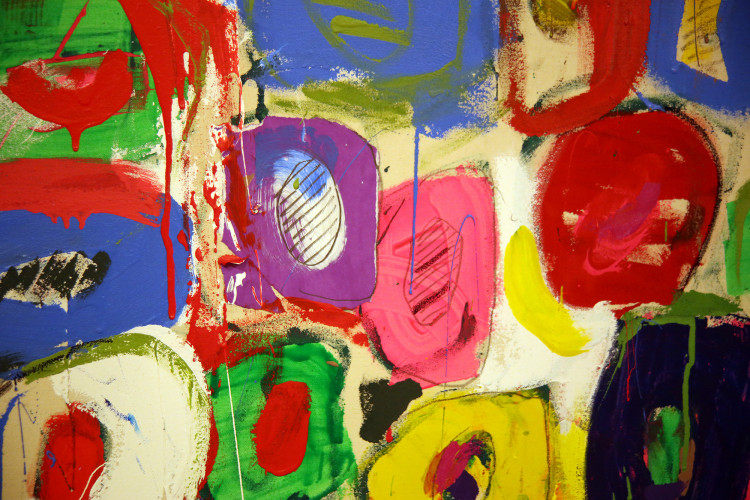 Who or what is Forkboy? Is it a fantasy character, who fearlessly unleashes justice in eating establishments across the world? Or a strangely deformed anti-hero, who always leaves a set of seemingly random clues at crime scenes for the Feds to unravel?  In a way Forkboy is a deliberately obtuse persona, lifted from the recesses of Philip James Frost’s imagination, designed to confuse, confound and perplex.  As a starting point for this exhibition, the title in its abstract playfulness is an important signal because it sets the tone for what audiences will experience, while not providing a clear picture of what is on display.

For this, Frost’s first solo exhibition in a public art gallery, we find him tapping into his rich back catalogue of pop infused imagery, which is laid into and brutally expunged from the heavily worked surface of his paintings.  But the artist has not simply fallen into a well-worn and safe path for this show. With each visit to his studio, what quickly becomes apparent is his need to build-up, reshape and remove elements from his works.  For Frost, painting is a fretful exercise that happens in fits and starts; however there is an underlying pattern of operating and order, as each component comes together and is allowed to stay in the moment.

Air-balloons levitate shakily in a psychedelic field, a man snorkels into view and a space ship is caught in a perpetual state of landing/departing.  Are these people trying to escape themselves, or their current situation, or simply wanting to get to another place? While the message being broadcast from this hypnotic realm with its suppurating body parts, crystalline maps and cellular forms may be difficult to decode, the repeat patterning and fixation on a core set of elements signals an enduring logic. For all their bombastic painterly effects that lure you in, it is the lasting impression of the corralled images and words, who constantly fight with and against one another, which is the hook. The mark is made, the indelible impression is allowed to register and the spectator is put on the spot. Can you break the code?