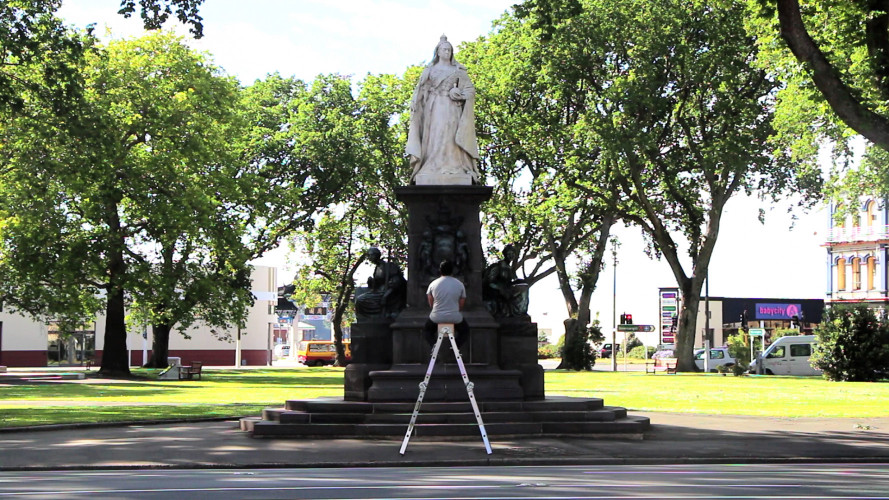 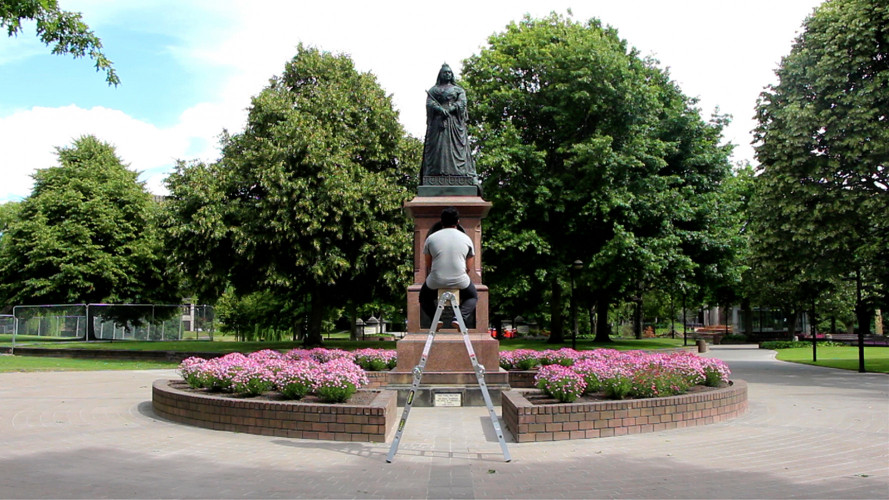 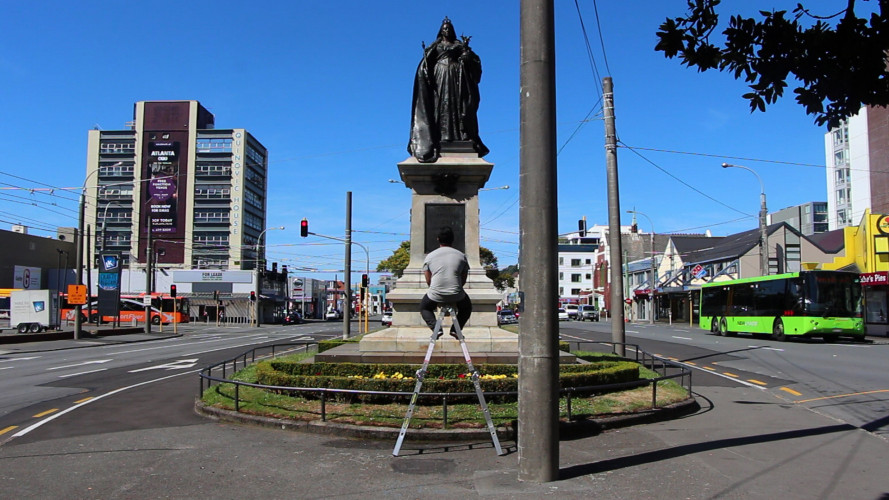 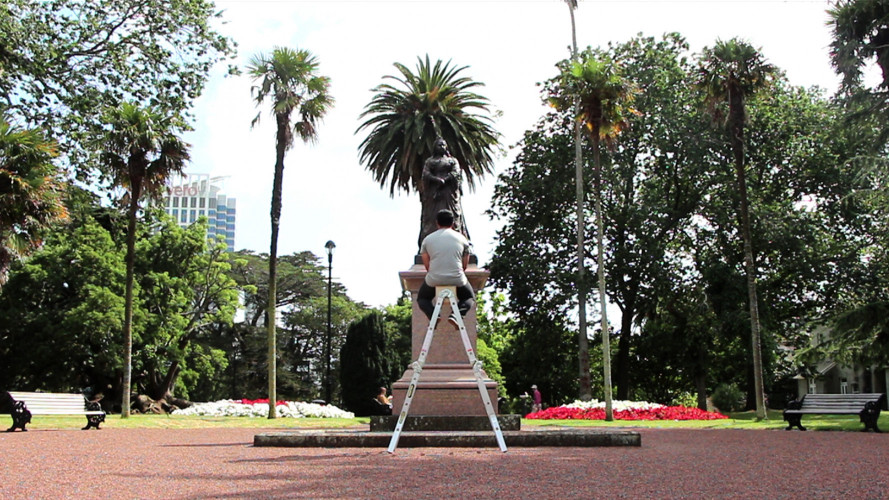 Jeremy Leatinu’u invites us to join him in reconsidering Aotearoa New Zealand’s colonial history, specifically through the Queen Victoria memorials in Auckland, Wellington, Christchurch and Dunedin. Collectively, the statues are emblematic of late-colonial patriotic identity leading up to the announcement of the status of New Zealand as a Dominion in 1907. They are prominent public monuments to Pākehā prosperity and imperialism and weighty symbols of racial imbalance. For Leatinu’u, an artist of Samoan and Māori descent, they represent an entirely different worldview.

Leatinu’u addresses this imbalance face to face, undertaking a series of site-specific performances, recording them and presenting them in a single work. He makes use of a ladder as a deliberate conceptual, symbolic and conversational device. By setting it up against the monumental scale of the statues, Leatinu’u highlights and challenges their elevated representative status. Commenting on his intention for the work he writes:

The ladder is there to help open that space up so that my own values, worldviews and those of who I belong to are also elevated and given the same status of importance.1

Jeremy Leatinu’u primarily works in performance art, video and installation and has been involved in collaborative projects. Leatinu’u is interested in the connectivity between site, history, people and language, with whānau, whakapapa and whenua being strong influences in this vein.

PROPOSALS FOR REAR WINDOW
The Dunedin Public Art Gallery will accept proposals for our Rear Window programme all year round, to be considered for the ongoing programme. The proposal must be for a single-channel moving image work, can include sound (only operating between 6am and 11pm), and a screening fee will be negotiated.
Proposals can be sent to
rearwindow@dcc.govt.nz