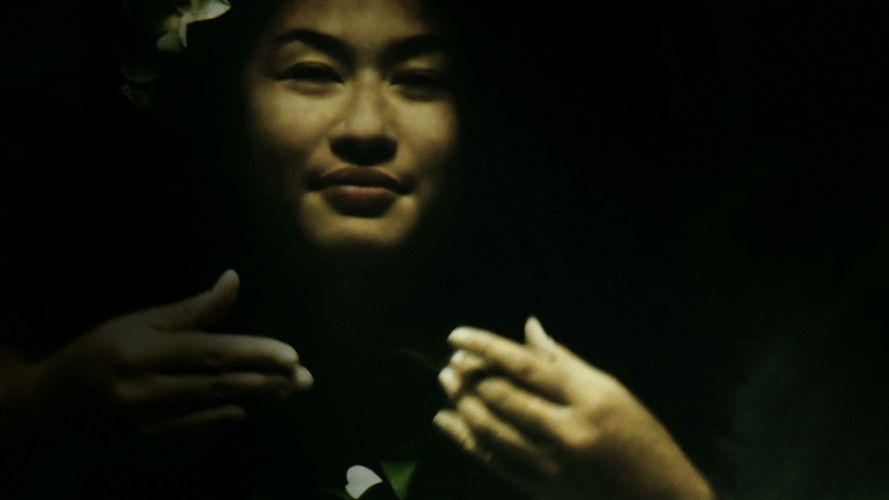 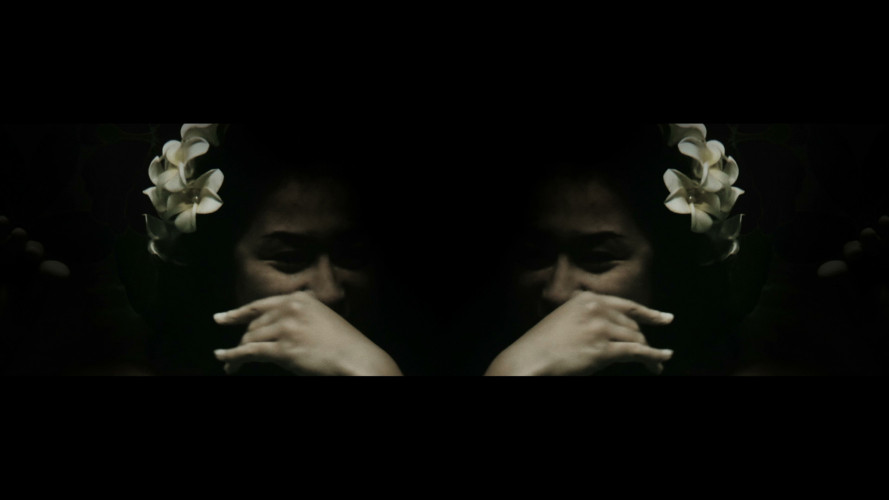 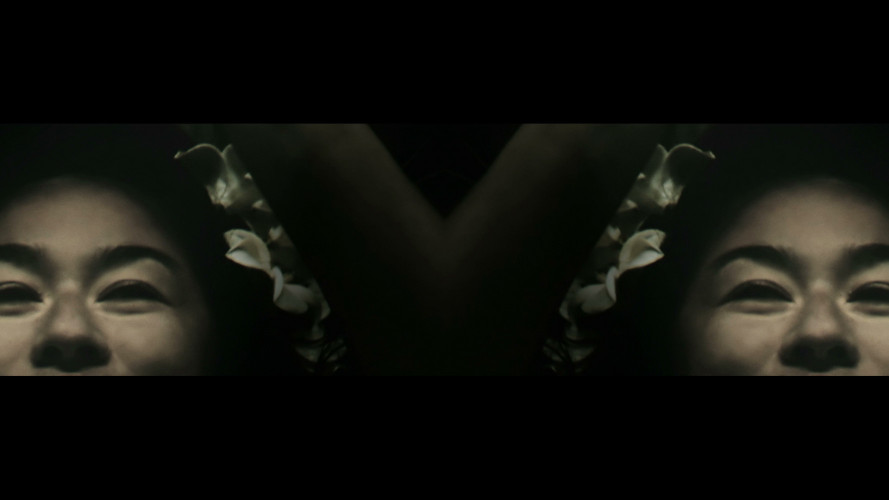 The Embrace of Night (Go to Sleep)

In the opening sequences of The Embrace of Night (Go to Sleep), the first image we see is the languid undulating of a length of fabric (a pāreu) suspended in the dimness of an underwater environment, while a long, deep-sounding drone emanates. Through a series of rapid cuts evocative of music video editing, a woman adorned with ‘ei (flower garlands) performs a kapa rima, or a dance using the hands.

Robert George’s intention with this work is to re-present the image of the ‘dusky maiden’ that endures in a western popular imagination. The woman’s gestures are juxtaposed with other figures that swim through submerged crepuscular surroundings, themselves becoming mirror images in the process. All the while a harsh grinding noise superimposes itself over the sub-aquatic soundscape. By reinterpreting the blithe and simplistic westernised gaze projected onto Pacific women, George undermines its power to contextualise, resulting in a work that, through its pacing and sound, advances toward something more threatening.

Robert George (Ngāti Kuki Airani, Te Arawa, Ngāti Awa) is a filmmaker living and working in Tāmaki Makaurau (Auckland). Having had an association with the film and television industry for over fifteen years, his practice is shaped by his Cook Islands Māori and Māori background. This work is his first experimentation with a non-narrative film structure.