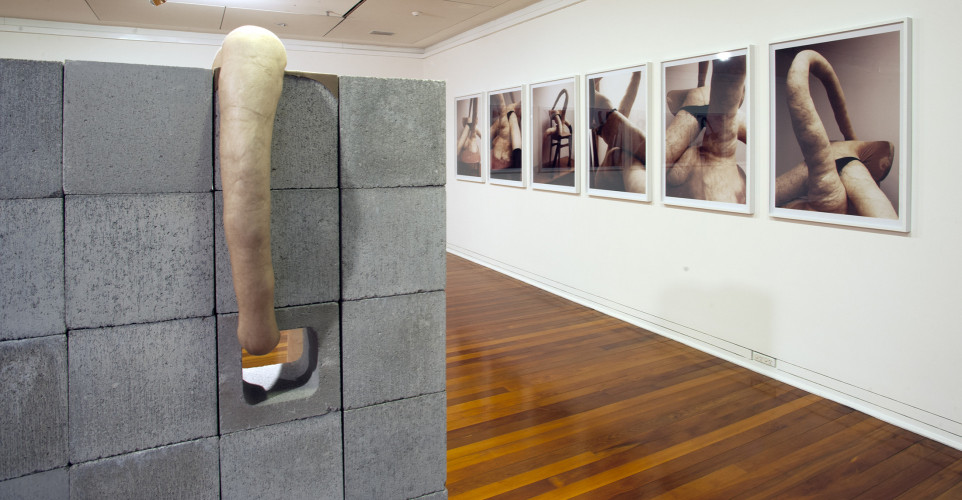 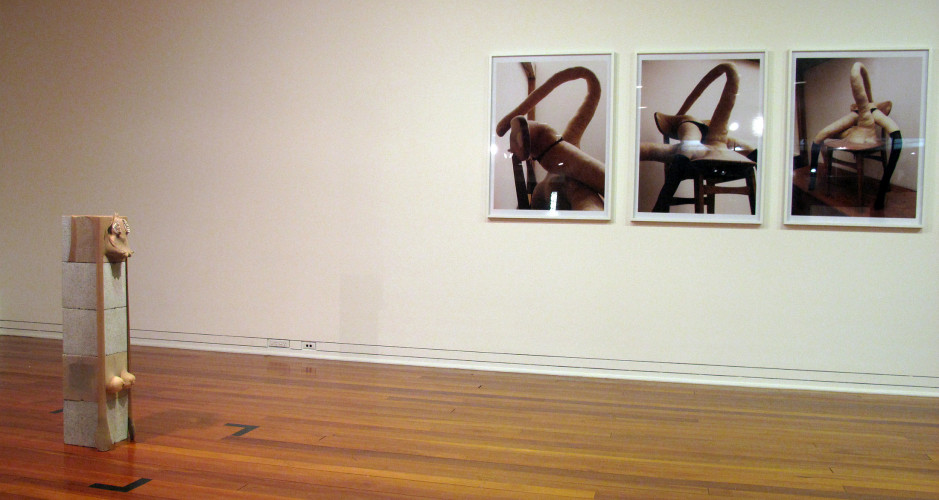 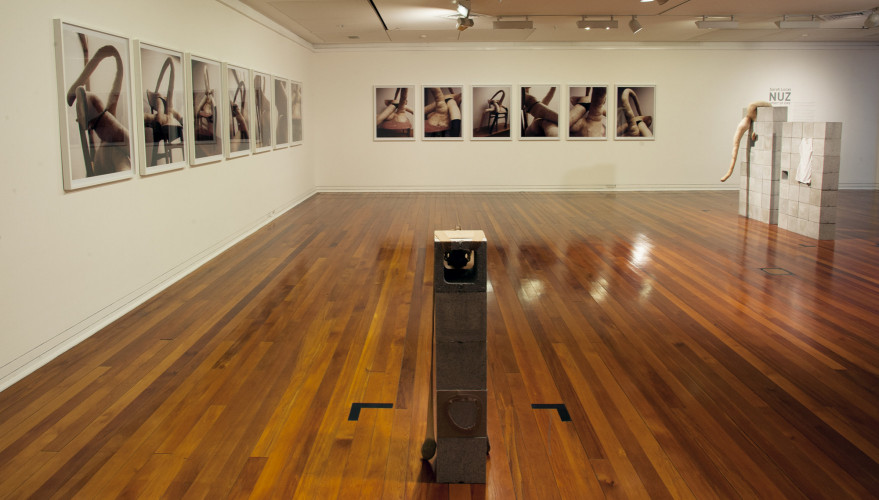 Sarah Lucas emerged on the international art scene in the nineties as one of the key figures in a new generation of young British artists, which included the likes of Damien Hirst, Tracey Emin, Gary Hume and Fiona Banner.  They took the art world by storm with their grand ambitions, uncompromising attitudes and provocative artworks.

A central figure in this movement, Lucas has garnered a reputation for producing highly evocative, challenging and distinctly humorous works that employ a rich array of found items, photographic material and sculptural elements to express her ideas.  There is an inherent directness to the utilization of these media, and the delivery of a set of frank and sometimes disarming, bawdy messages.  It would be a mistake however, to read the rough and ready approach that Lucas takes in her practice as reflecting a casual set of attitudes.  There is a precise process around the selection and orchestration of these elements, which has a deliberately nonchalant swagger in its articulation.

This exhibition brings together two distinct bodies of work from a recent exhibition at Two Rooms in Auckland, who provided an opportunity for Lucas to show and visit New Zealand for the first time.

NUZ Spirit of Ewe is the culmination of a two-month residency in New Zealand, largely spent in Central Otago, which saw Lucas responding to the unique environment and history of this place.  The two central sculptures Spirit of Ewe (2011) and enjoy God (2011), reflect in their materiality and symbolism, her innate understanding of the dark, isolated and rugged brutalism that characterises aspects of the New Zealand physical and psychological landscape.  The disquieting qualities of these works is tipped further into an uncanny terrain by the accompanying Pepsi  & Cocky (2009), in which a series of scantily dressed bunny-like forms are captured in a range of auto-erotic poses.  Here the libidinal is placed in close quarters with abject and strangely goofy qualities.  There is gamesmanship at work in this exhibition, at the service of art and designed to make you think, rather than being employed simply out of an enjoyment of the perverse.