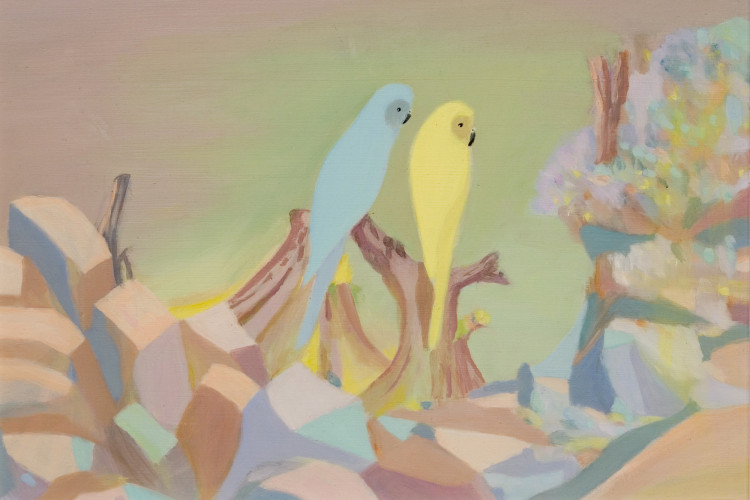 SASKIA LEEK You and Me 2006. Oil on board. Collection of the Real Art Charitable Trust 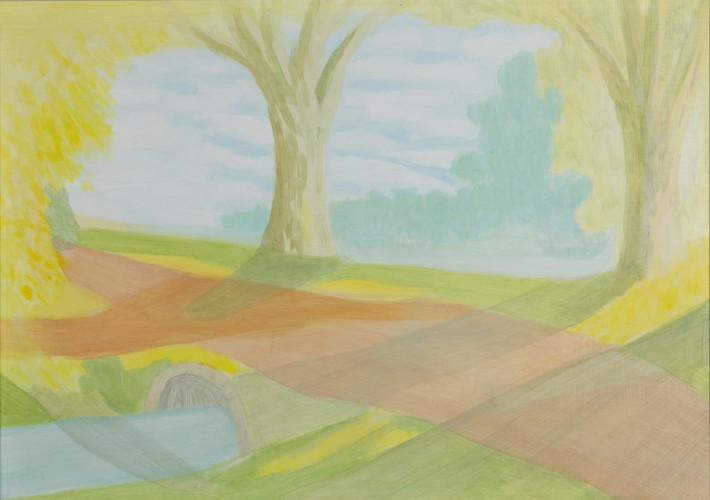 SASKIA LEEK Wanderer 2005. Oil on board. Collection of the Museum of New Zealand Te Papa Tongarewa 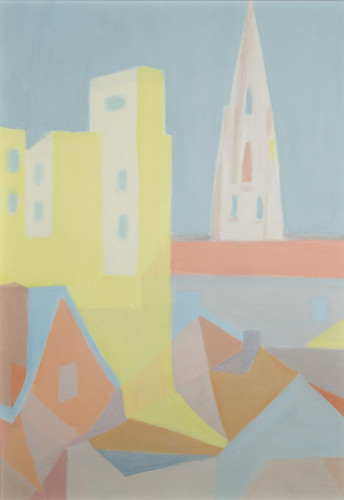 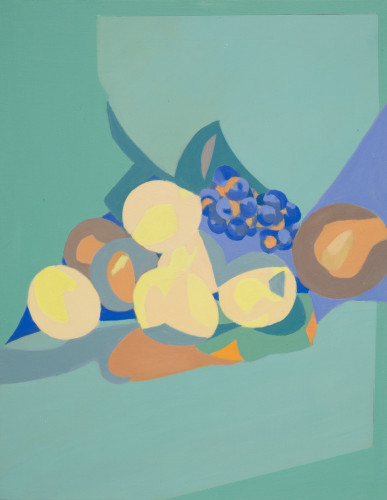 SASKIA LEEK Untitled 2009. Oil on board. Collection of Lauren Heginbotham 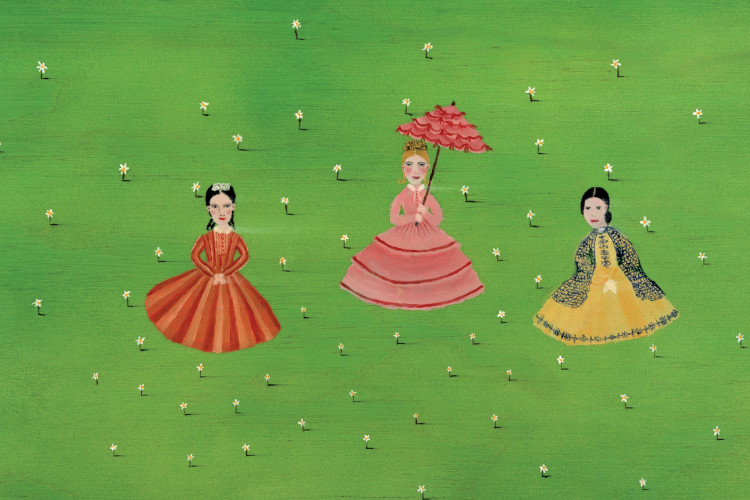 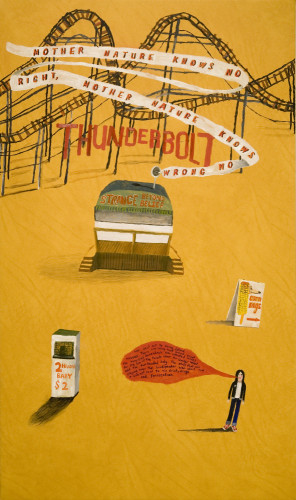 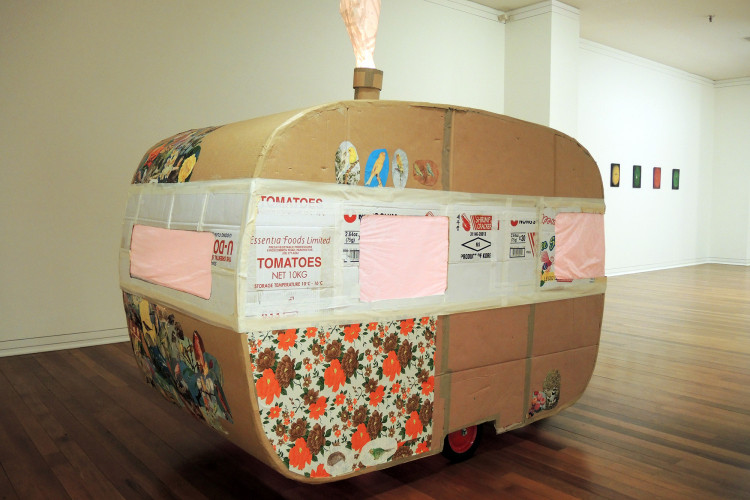 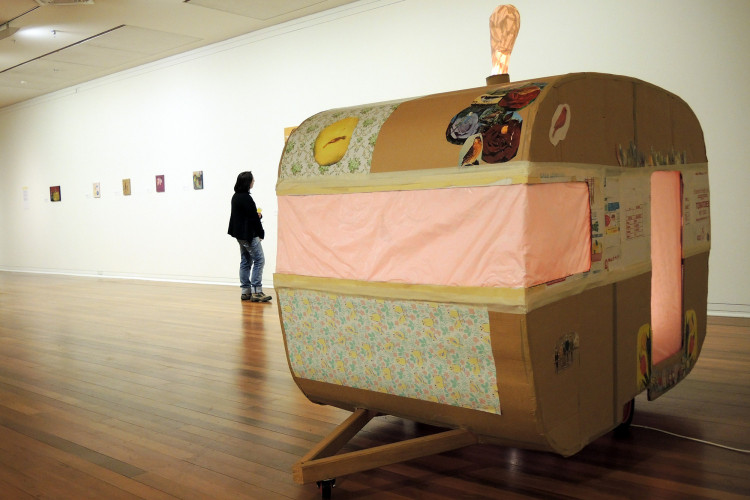 At a time of ever larger and louder artworks, Dunedin based artist Saskia Leek is known for the intimate quality of her paintings. Desk Collection brings together over 40 works in a survey exhibition spanning 1995—2012.

The exhibition traces Leek’s rise to prominence, starting in 1995 with the exhibition Hangover, which placed her in a new generation of artists whose work explored popular culture. Evolving from the personal, comic book nature of these early works, Leek moved on to studies which tested the possibilities and limits of the painted image. More recently, Leek received acclaim as a finalist in the Walters Art Award, New Zealand’s most important art prize.

The name of this exhibition, Desk Collection, comes from the title of a painting from 2006. As well as suggesting the collective nature of a survey exhibition, the title pays homage to the fact that almost every artwork Saskia Leek has made could have been produced at a desk. Modest in scale, the paintings included in Desk Collection stake a claim for art that is intimate.

Leek comments, “I never think about my works as being small, although they always have been. I paint them up close so they take up my whole view. I think of them as compact yet expansive, like a song or a book.”

There is a deep sense of familiarity in her pictures, connecting us to images we already know and presenting them anew. Most of her works are created in response to existing artworks. She happily shifts from a junk shop purchase to an old master with no distinction — not dismissively, but in a way that affords attention to each of the works that she carefully examines and interprets.