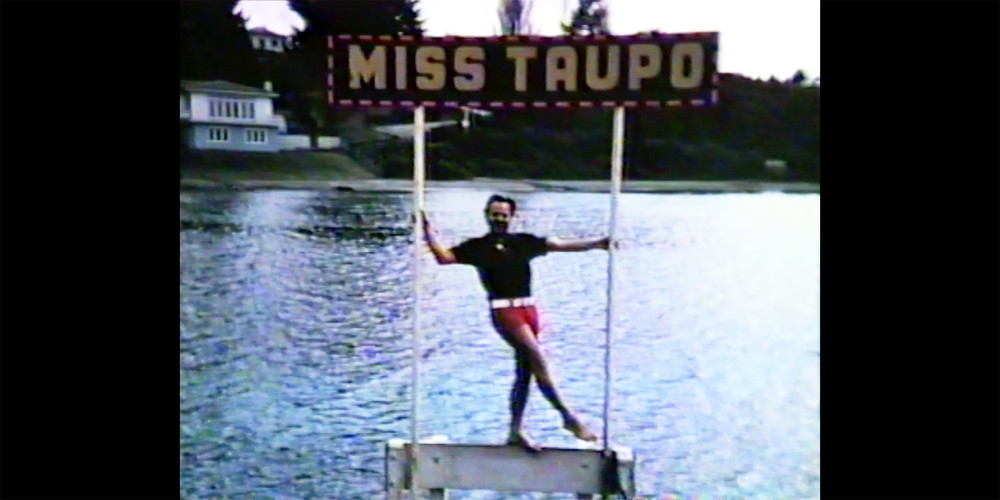 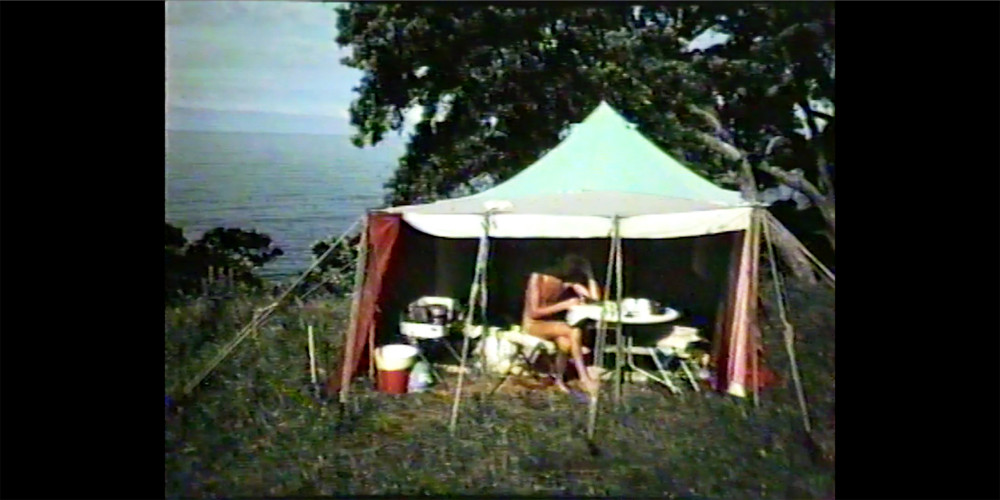 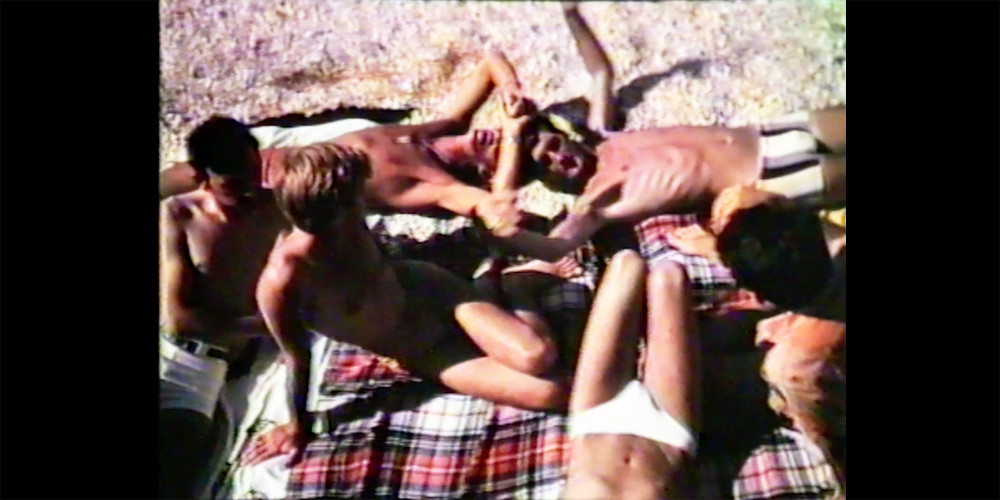 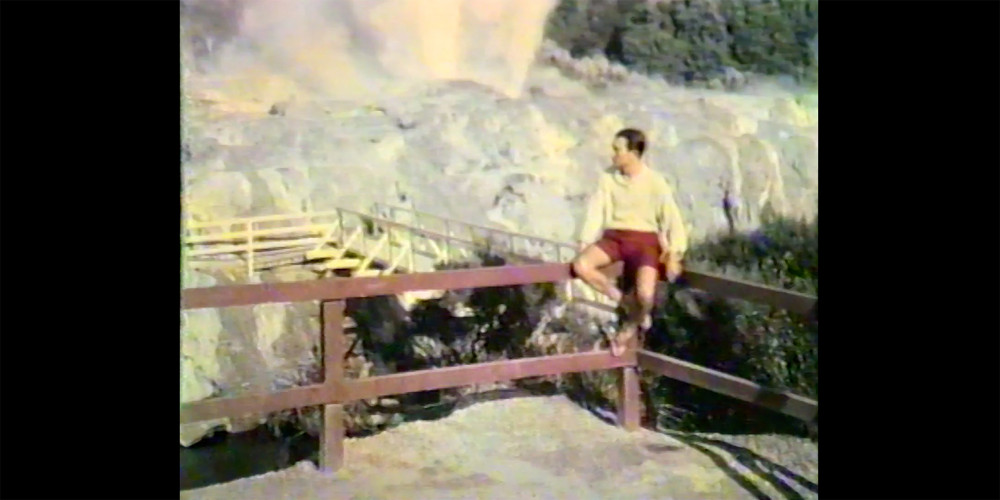 Patrick Pound frequently draws on found objects and photography in his practice. Summer Holiday 1962 is one of Pound’s earliest works that dislocates found snapshots from their original context. In this case, the images used as the subject of the work are sourced from gifted 35mm film slides.

Pound made Summer Holiday 1962 in 1986; during a period when Aotearoa was going through the motions to pass the Homosexual Law Reform Act under a blanket of darkness borne out of the global HIV/AIDs crisis. To add to the emotional weight of the video, the photographs are not anonymous, but given to Pound by his brother who was diagnosed with AIDS. Beyond its light-hearted tone, this filmic portrait functions as both a personal memorial to his brother, and a poignant record of one of the most impactful periods of recent queer history in Aotearoa.

CALL FOR REAR WINDOW PROPOSALS
The Dunedin Public Art Gallery will accept proposals for our Rear Window programme all year round, to be considered for the ongoing programme. The proposal must be for a single-channel moving image work, can include sound (only operating between 6am and 11pm), and a screening fee will be negotiated.
Proposals can be sent to: rearwindow@dcc.govt.nz