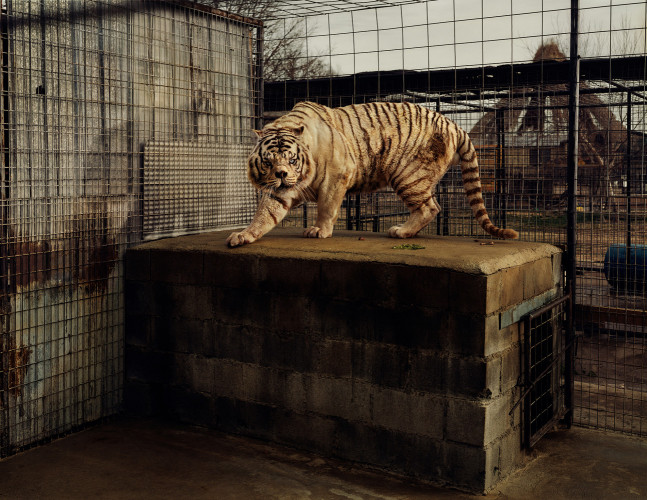 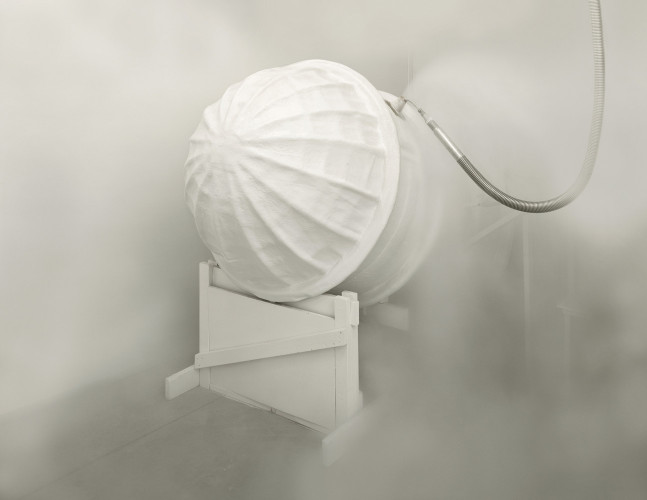 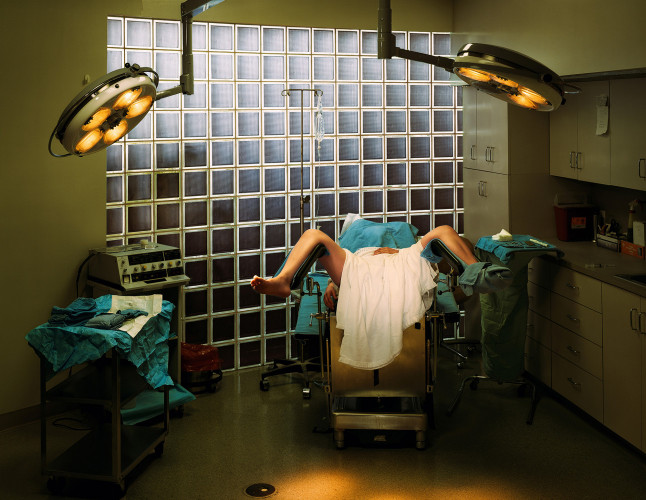 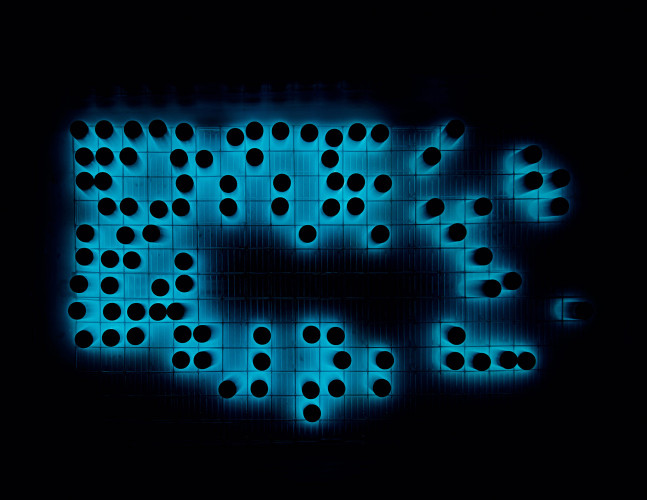 An American Index of the Hidden and Unfamiliar

In this exhibition Taryn Simon has created a collection of photographs that document the inaccessible places that exist below the surface of American identity. It took her as long as a year to gain permission to photograph some the high-security zones on view in this body of work, such as government-regulated quarantine sites, nuclear waste storage facilities, prison death rows and C.I.A. offices.

Here are the full captions to the images illustrated above:

In the United States, all living white tigers are the result of selective inbreeding to artificially create the genetic conditions that lead to white fur, ice-blue eyes and a pink nose. Kenny was born to a breeder in Bentonville, Arkansas on February 3, 1999. As a result of inbreeding, Kenny is mentally retarded and has significant physical limitations. Due to his deep-set nose, he has difficulty breathing and closing his jaw, his teeth are severely malformed and he limps from abnormal bone structure in his forearms. The three other tigers in Kenny’s litter are not considered to be quality white tigers as they are yellow-coated, cross-eyed, and knock-kneed.

This cryopreservation unit holds the bodies of Rhea and Elaine Ettinger, the mother and first wife of cryonics pioneer, Robert Ettinger. Robert, author of The Prospect of Immortalityand Man into Supermanis still alive.

The Cryonics Institute offers cryostasis (freezing) services for individuals and pets upon death. Cryostasis is practiced with the hope that lives will ultimately be extended through future developments in science, technology, and medicine. When, and if, these developments occur, Institute members hope to awake to an extended life in good health, free from disease or the aging process. Cryostasis must begin immediately upon legal death. A person or pet is infused with ice-preventive substances and quickly cooled to a temperature where physical decay virtually stops. The Cryonics Institute charges $28,000 for cryostasis if it is planned well in advance of legal death and $35,000 on shorter notice.

The patient in this photograph is 21 years old. She is of Palestinian descent and living in the United States. In order to adhere to cultural and familial expectations regarding her virginity and marriage, she underwent hymenoplasty. Without it she feared she would be rejected by her future husband and bring shame upon her family. She flew in secret to Florida where the operation was performed by Dr. Bernard Stern, a plastic surgeon she located on the internet.

The purpose of hymenoplasty is to reconstruct a ruptured hymen, the membrane which partially covers the opening of the vagina. It is an outpatient procedure which takes approximately 30 minutes and can be done under local or intravenous anesthesia. Dr. Stern charges $3,500 for hymenoplasty. He also performs labiaplasty and vaginal rejuvenation.

Submerged in a pool of water at Hanford Site are 1,936 stainless-steel nuclear-waste capsules containing cesium and strontium. Combined, they contain over 120 million curies of radioactivity. It is estimated to be the most curies under one roof in the United States. The blue glow is created by the Cherenkov Effect which describes the electromagnetic radiation emitted when a charged particle, giving off energy, moves faster than light through a transparent medium. The temperatures of the capsules are as high as 330 degrees Fahrenheit. The pool of water serves as a shield against radiation; a human standing one foot from an unshielded capsule would receive a lethal dose of radiation in less than 10 seconds. Hanford is among the most contaminated sites in the United States.

Presented and toured by the Institute of Modern Art