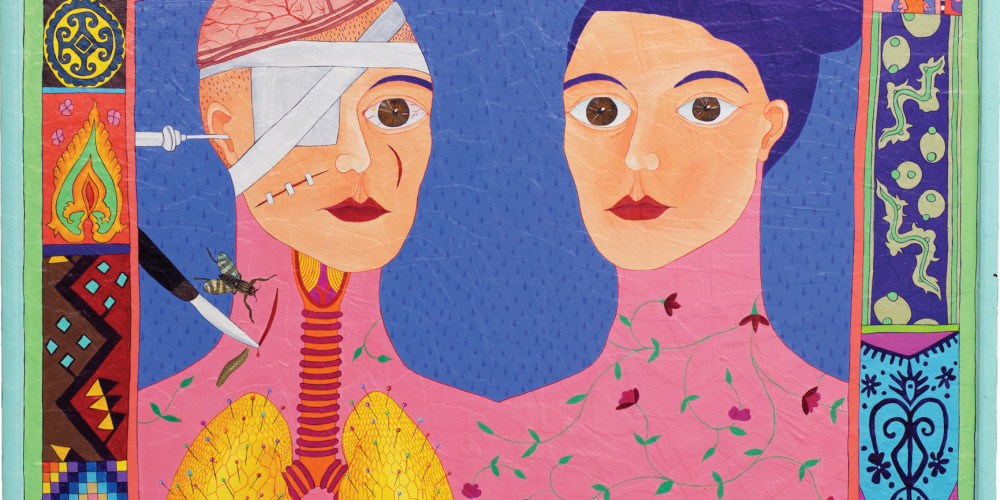 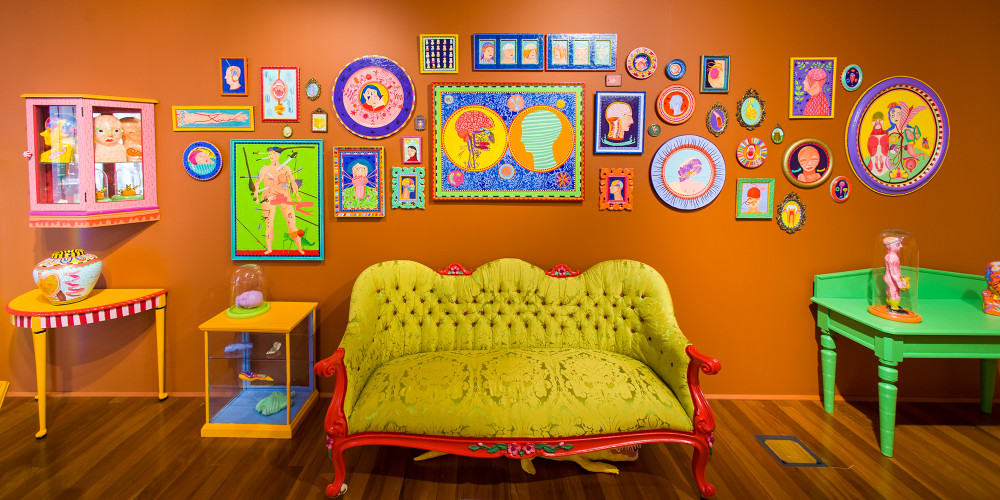 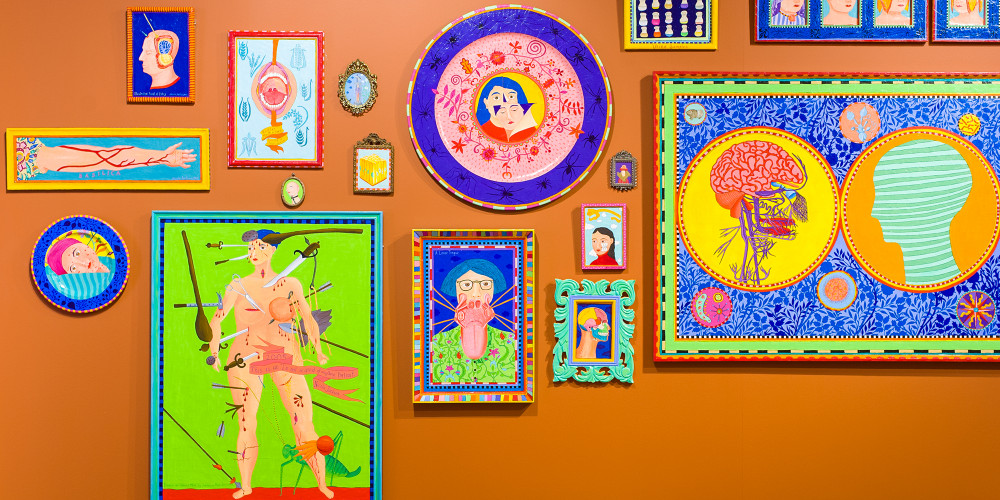 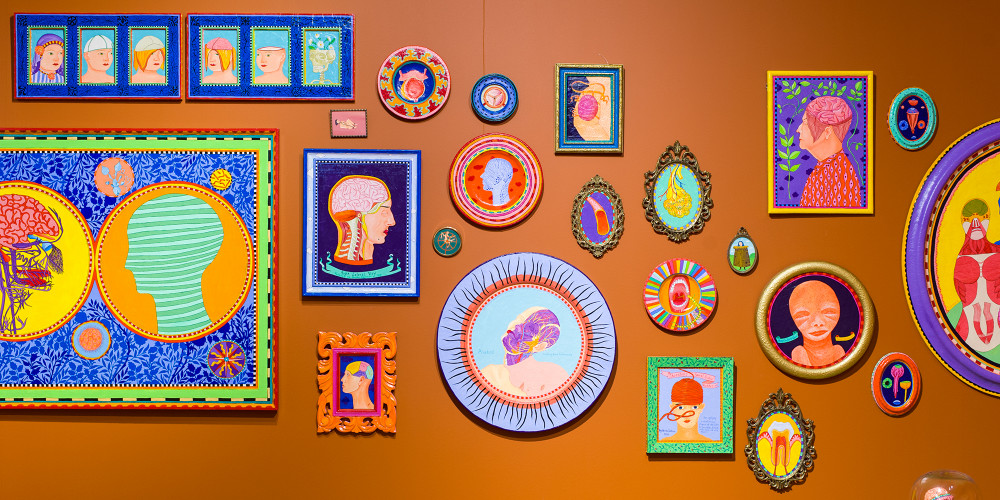 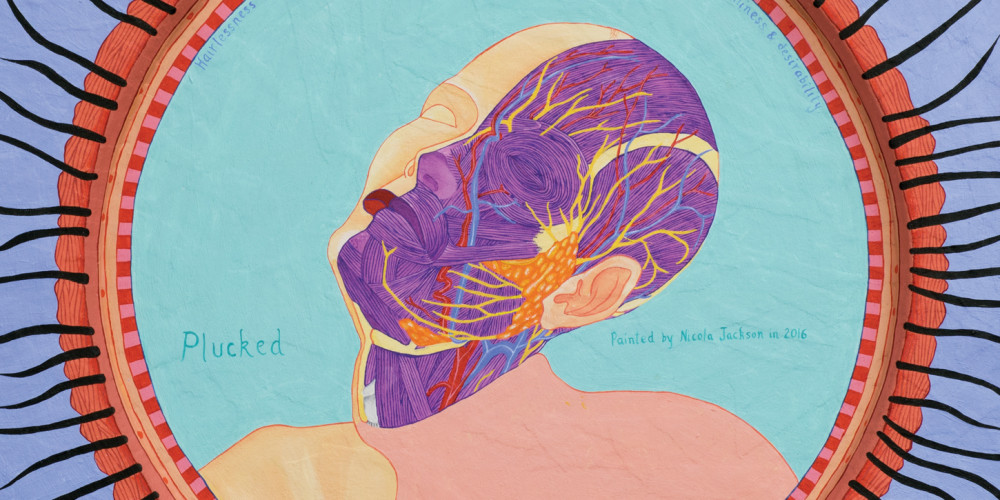 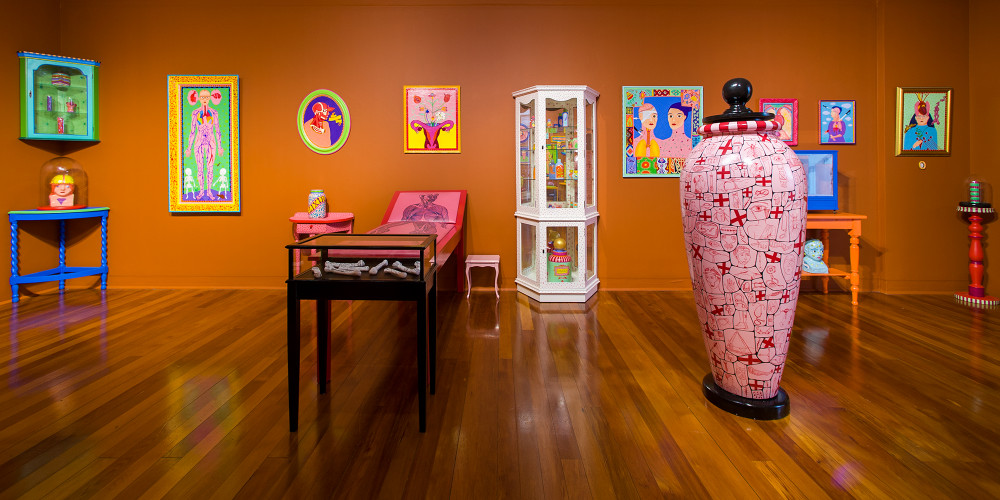 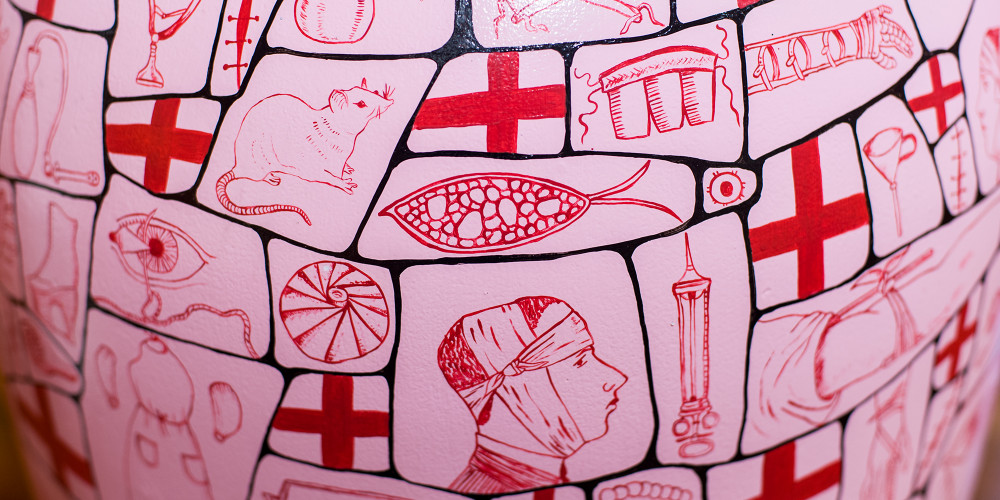 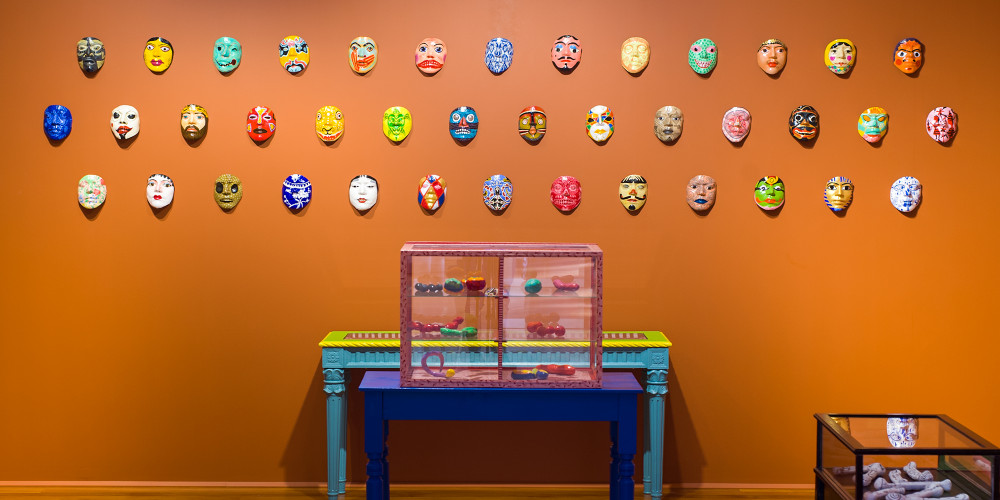 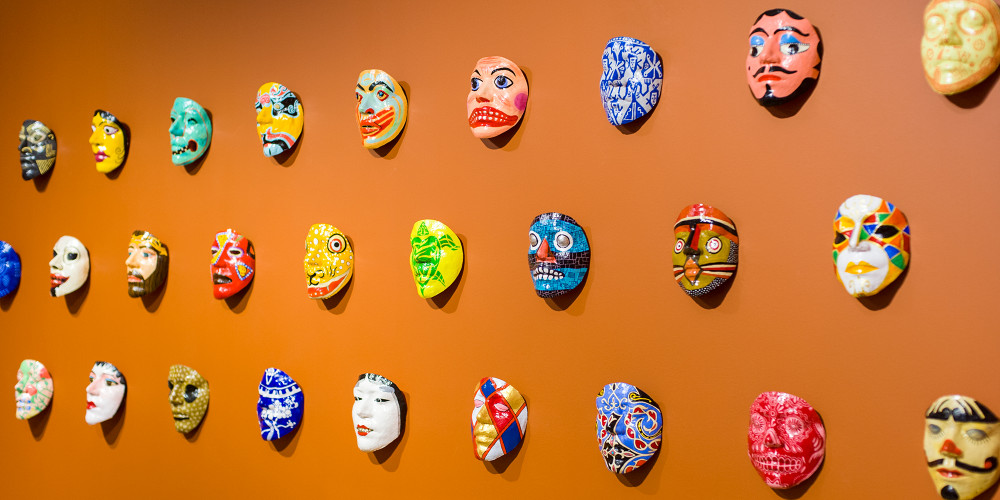 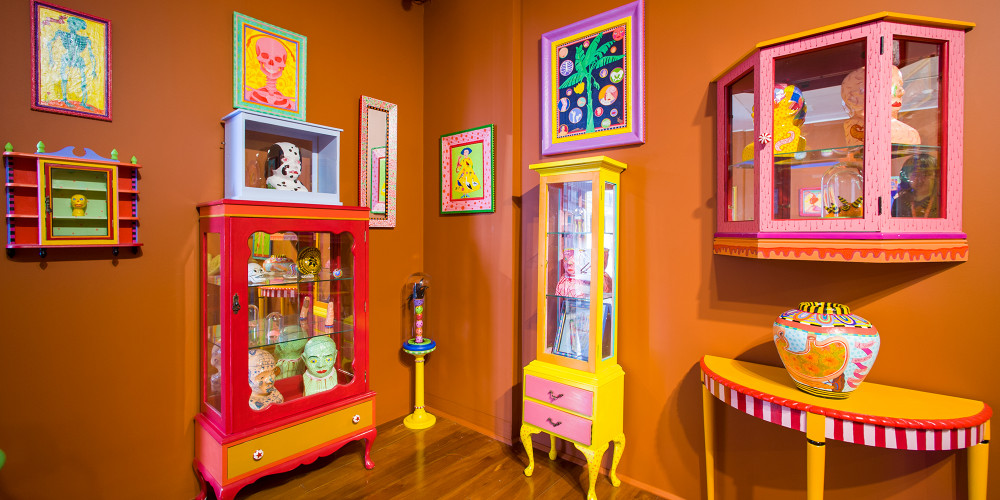 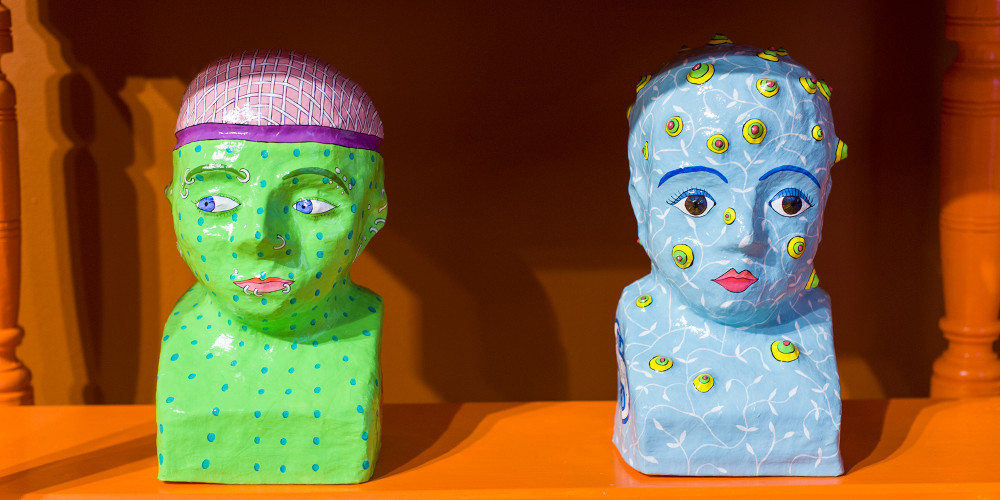 There has always been a personal, often autobiographical, element to Nicola Jackson’s work. Interested in human anatomy and the intersection between science, psychology and art history, Jackson has often looked to her body, her family and her daily life in her work. Since the 1970s, when Jackson was studying at the Canterbury School of Fine Arts, her work, in a variety of different ways, has asked what makes us human – not necessarily acting as true scientific models, but rather exploring the visual possibilities presented through particular body parts, functions and behavioural elements.

This anatomical exploration continues in The Bloggs, where the Dunedin-based artist presents an installation referencing her interest in different collecting practices; from the eclectic Wunderkammer to the anatomy museum.  With an important educational function, anatomy museums traditionally provide access to teaching materials – specimens, models and organs – that are crucial in the continued understanding of functions and structures within the human body.  Rather than preserved organs, formaldehyde and skeletal remains, audiences in The Bloggs are surrounded by papier-mâché objects. Jackson has painstakingly constructed medicine bottles, phrenology heads, and masks moulded from her face, each decorated with her characteristically bright palette. Paintings on the walls anatomically dissect parts of the body – including the tongue and the brain.  Others explore qualities beyond the physical that ultimately aid in classifying us as human; including psychological or behavioural traits, decision-making processes, our ability to forge personal relationships, cultural differences and our genetic links to other species.

While made up of individual works, The Bloggs functions as a cohesive unit – as a specimen that is representative of a much larger whole. The title of the exhibition alludes to this as it refers to the British colloquialism ‘Joe Bloggs’, to denote the typical ‘everyday man’. In this exhibition, Jackson has peeled back the layers to explore what is beneath the skin; exposing and illustrating how we work, our similarities, and the elements that make us unique. Jackson has forged a painting style where vivid colours, a flattened perspective and highly detailed forms converge on an unconventional painting surface of papier-mâché – traditionally a model making material. Displayed in cabinets and vitrines or on tables and walls, this collection of works fills the space, surrounding and immersing audiences.  The result is a cabinet of curiosities that explores the relationship between visual culture and the human condition – a meeting point between science and the imagination.