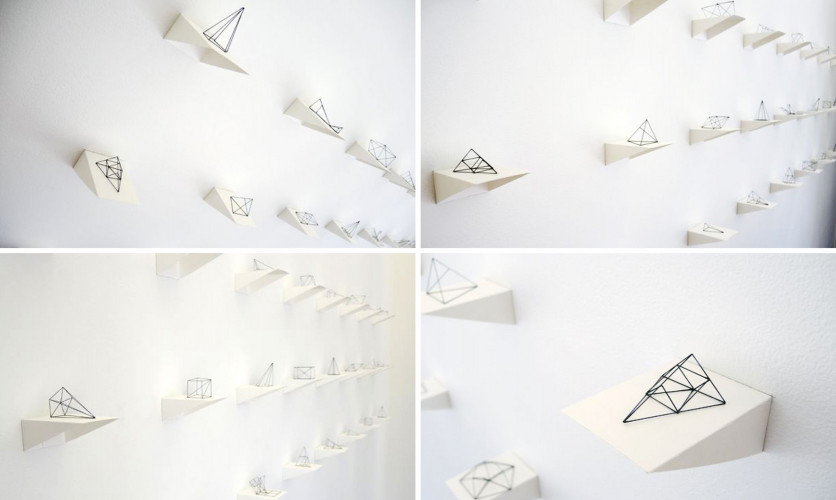 Peter Trevelyan has become renowned for seamlessly and precisely merging elements of sculpture and drawing into his three-dimensional practice. Over the years the Wellington based artist has manipulated thousands of pencil leads into highly refined and elegant geometric constructions.

The Euclid Set references the textbook ‘Elements’ (c. 300 BC) written by the Greek mathematician Euclid, who is often referred to as the ‘father of geometry’. It was the first thesis (spanning 13 books) that attempted to define, postulate and propose mathematical equations, number theory, geometry and rationality.

Trevelyan’s work has taken 24 of the diagrams that attempt to prove and examine these rules, and has turned them into three-dimensional structures. Individually each model hints at being part of a much larger system and as a whole they represent one of the first attempts to physically express mathematical equations.