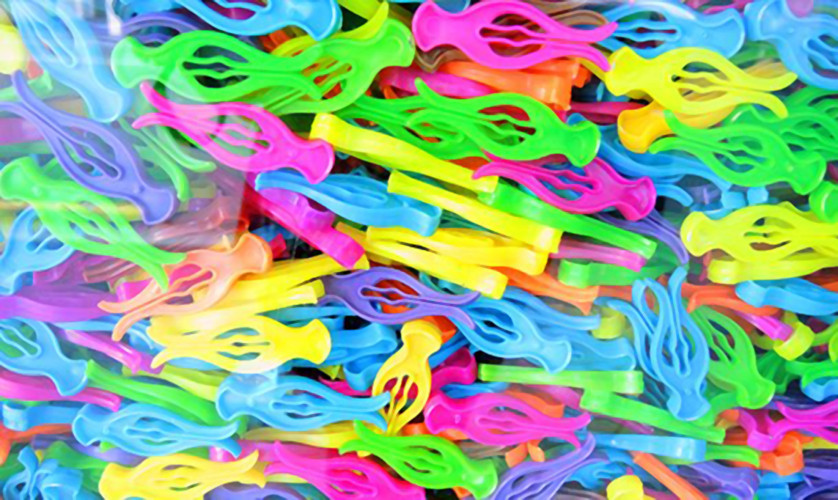 Clarke Hegan and Jed McCammon, who both completed a Bachelor of Visual Arts with Honours at the Dunedin School of Art in 2013, have performed collaboratively as The Yellow Men since 2011. This project in the Dunedin Public Art Gallery’s Rear Window is not the first time that The Yellow Men have engaged with a narrow window space. For the performance work Cleaning Windows (2013) they spent 40 gruelling hours constricted inside a window space at the Bill Robinson Library. During this time they continually cleaned the inside of the glass using cleaner and newspaper: eventually filling up the entire space and making the task futile.

The Yellow Men Present Pegs draws on similar notions of value systems, excess and the use of everyday items, with humour and vibrancy. Filling the Rear Window space are over 50,000 colourful plastic pegs. The pegs had been moved around numerous owners and were destined for the landfill, but were saved and remained in storage at a transport company for over 25 years.  Using the gallery context of Rear Window, The Yellow Men have brought these pegs back into the public domain – forcing a reconsideration of their sheer quantity and volume, their diminishing value, and the burdens associated with storage.  This process of reassessment brings attention to the unwanted and discarded, bringing it back to life through a new form and function.