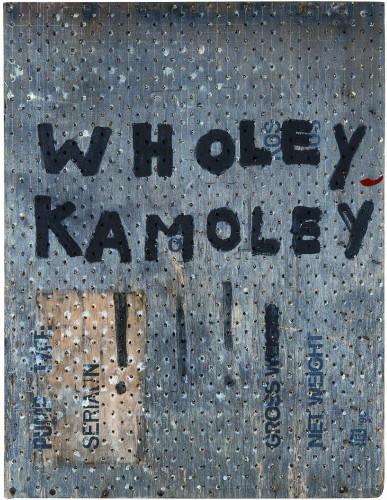 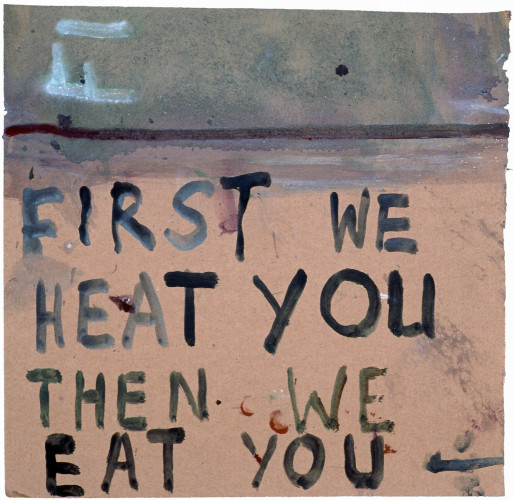 Tom Kreisler First we heat you then we eat you 2002. Acrylic on card. Courtesy Tom Kreisler Estate 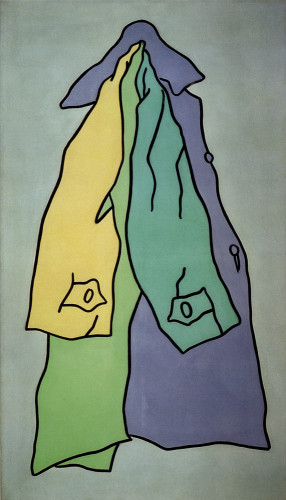 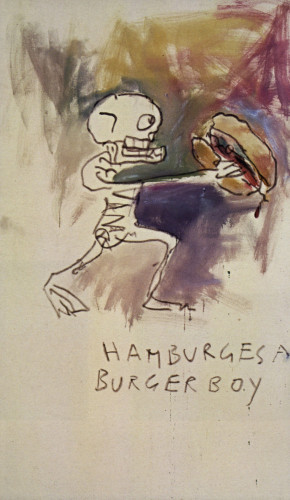 Tom Kreisler was always interested in the transformative powers of art; its ability to challenge, provoke and speculate.  Kreisler set up a series of possibilities for interpretation.  He sought a relationship between image and word, and challenged the conventions within these domains.  As you move through this exhibition you will become accustomed to the artist’s questions and humorous play on the cliché and everyday.  His interest in the ordinariness of ‘things’ is often disturbed, resulting in the re-arranging or a heightening of the tension around what might be considered ‘typical’.  Kreisler finds the strange within the most mundane items: a table, a mathematical formula, an overcoat, or even a weather map.  It is under these circumstances that one starts to become aware of the rudiments that shape the way we look, evaluate and understand the simplest objects and situations.

As the artist noted in an interview with Fiona Clarke in 1986:

It’s just a bit of rubbish I wrote one day, and it says:  “Having lived with myself as a Foreigner, an outsider to most cultures.  I know what I like in my work, and I try to shape it accordingly. Hate pretentiousness, cleverness, boringness, being respectable, that is deserving of respect. Artists who set themselves up as monuments of excellence, social toadiness. I like that art that constantly questions itself, that appears to be aloof, but is passionate, that looks at ordinariness and ordinary things without wishing to colonise them.  I don’t like art that is so aggressive that it excludes and destroys all that it touches, but I do like an art that understands the totality of its own existence, that is at the same time conscious of its own fallibility.  I am more concerned with thoughts and attitudes than appearances.”

The vitrines provide further insight into the artist’s working process and conceptual approach.  The material here is vital as it offers support to the paintings in these spaces – Kreisler even saw a number of these items as discrete artworks in themselves.  It is hoped that these cabinets will stimulate discussion about the meaning of Kreisler’s work and the various interpretations of it.  In the exhibition you can also access www.tomkreisler.com, a searchable database that provides further levels of information on and artworks by Tom Kreisler.