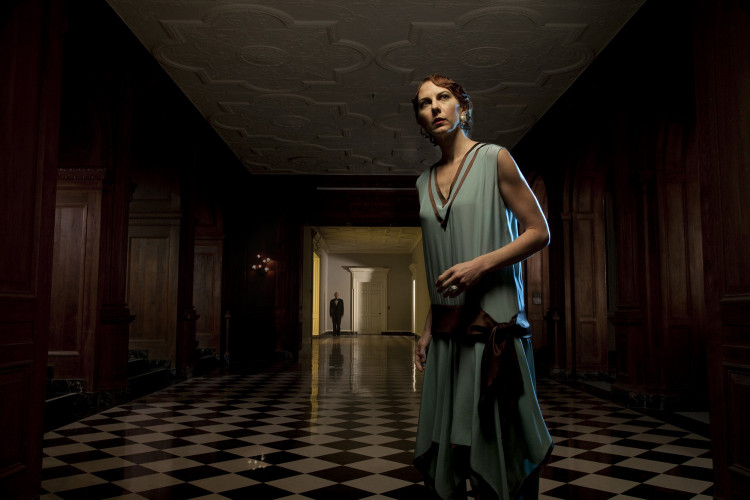 In the early 1920s, Soviet pioneer of documentary film and montage Dziga Vertov exclaimed, “Long live life, as it is!”. The slogan emphasises the importance of the ‘real’ while it casts doubts about its nature. The claims of authenticity and truth in documentary have since been contested. Propaganda and disinformation have elicited distrust and fostered media literacy. This crisis of the documentary practice and its uncertainty has fuelled artists to seek modes of ‘fictionalised’ realities that prompt self-awareness and analysis, rather than claim ‘objective’ truth.

True Stories: Scripted Realities presents five video installations by Yael Bartana, Omer Fast, Andrea Geyer, Kerry Tribe and Liam Gillick and Anton Vidokle that take on scripts as the structural narrative element to further entangle the boundaries between real and fiction. Rather than faithfully representing reality, the artists mock it, speculate with it, and bluntly subject it to montage. In turn, they reveal the way stories are told and meaning is constructed; they expose the apparatus of its making. Their artistic tactics seek to bring attention to the construction of facts, the role of memory, the potential ‘fictionality’ of documents and the politics of perception.

A reenacted, edited interview with an American soldier is for Fast a way to reflect on “how experiences turn into memories, which in turn become stories and how these are ultimately recorded, mediated and broadcasted”. Bartana takes a manifesto written and acted by a known activist in Poland to construct a fictional political utopia. Geyer restages the 1961 trial of Nazi Adolf Eichmann in Jerusalem, in which the six main characters are played by a single performer, using edited transcripts of the trial and writings of philosopher Hannah Arendt. Her work explores “questions of truth and justice as they travel across time within an individual and become history”. Gillick and Vidokle use an existing curatorial text by a prominent curator as the script performed by real artists, curators and critics in the format of a television soap opera, to reveal how performance and critical dialogue informs contemporary curatorial practice. Tribe uses fictional cinematic resources – building a script taken word by word from dozens of Hollywood film scripts – to restage historic events, addressing the limits of representation and the accuracy of historical memory.

The works in this exhibition propose new expanded forms of documentary in the context of contemporary moving image that has been reinvigorated by video,  performance and conceptual art. Documentary’s ambivalent nature, between art and non-art, has offered new grounds to further examine the boundaries between aesthetics and ethics, fiction and fact, artifice and authenticity and between art and its social and political conditions. The works in this exhibition search for new modes of representing and constructing reality(ies) while still engaging with social and political contents, turning the gallery into a platform for political action and activism.