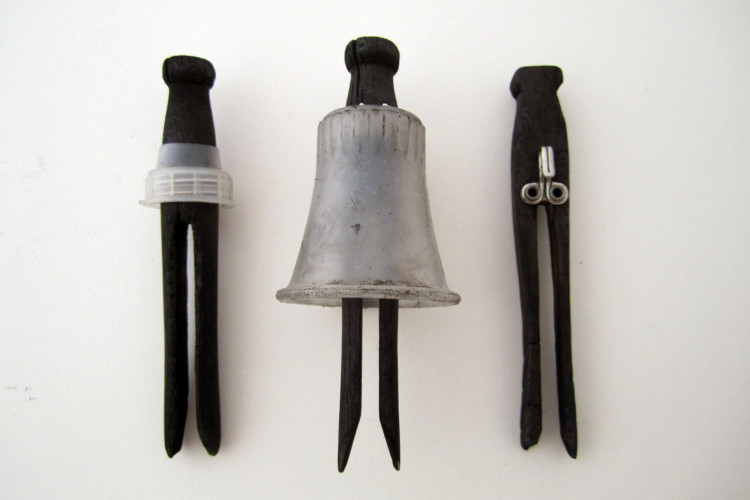 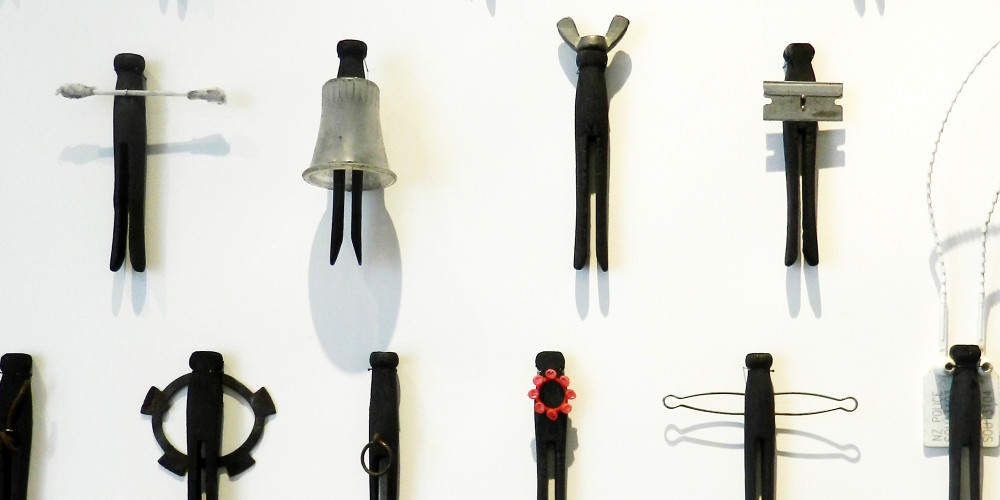 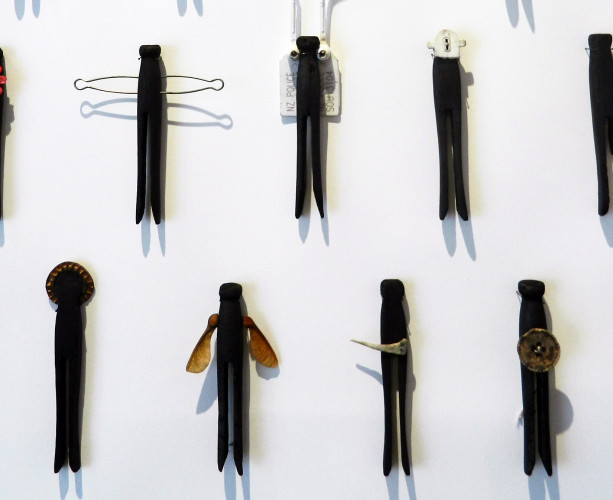 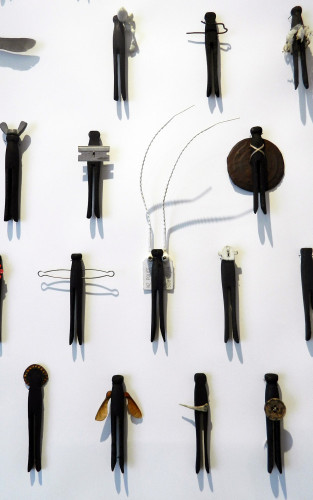 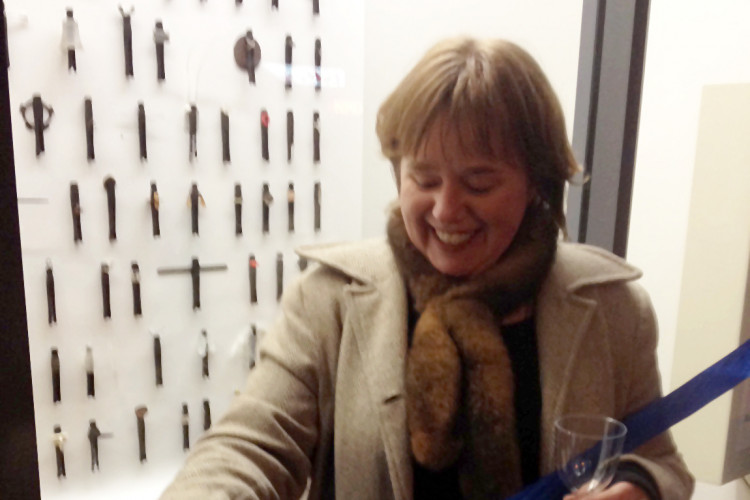 Victoria McIntosh (b. Dunedin, 1971) is a jeweller and artist working in Dunedin. Her practice brings together jewellery, 3D object-making and drawing. McIntosh’s creations utilise and highlight the found and the familiar as a way of exploring both personal and political narratives. As a self-confessed collector McIntosh is intrigued and drawn to objects that carry a sense of history, memory and nostalgia. The familiarity of these objects, even when represented in a modified and re-contextualised way, provides audiences with a gateway to begin interpreting her work.

This work consists of 102 wooden pegs that have been burnt and each given an ‘outfit’ from items found in the gutters and on pavements of Dunedin. Here, bottle caps, cigarette butts, cable ties and even a razor blade adorn these characters – individually unique but together form a dark and beautifully simplistic community.

One of the most intriguing elements of this work is the synergy between destruction and renewal. The incineration of the pegs, a highly controlled process in its own right, references vulnerably and ruin, where the act of perceived damage has a transformative effect. These pegs are turned to charcoal and leave a trace on the paper they inhabit. This dark work, with the whimsical and child-like title, highlights the hidden, draws the viewer in and invites them to pick a favourite.