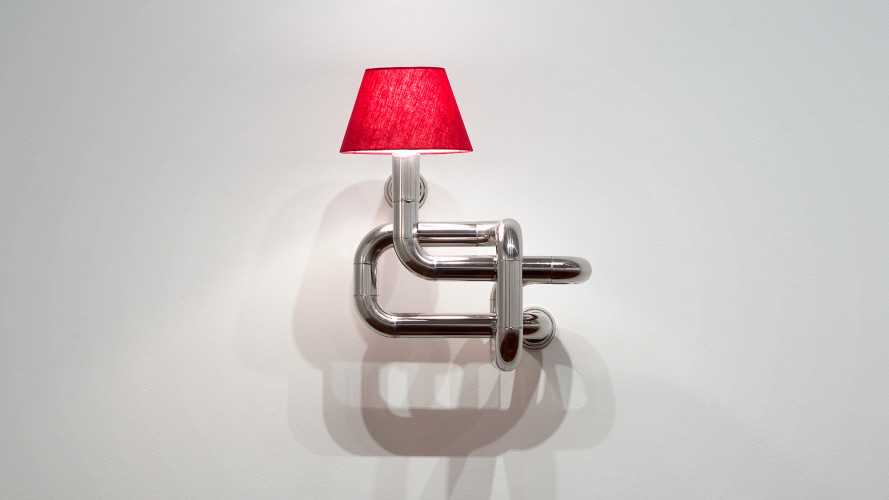 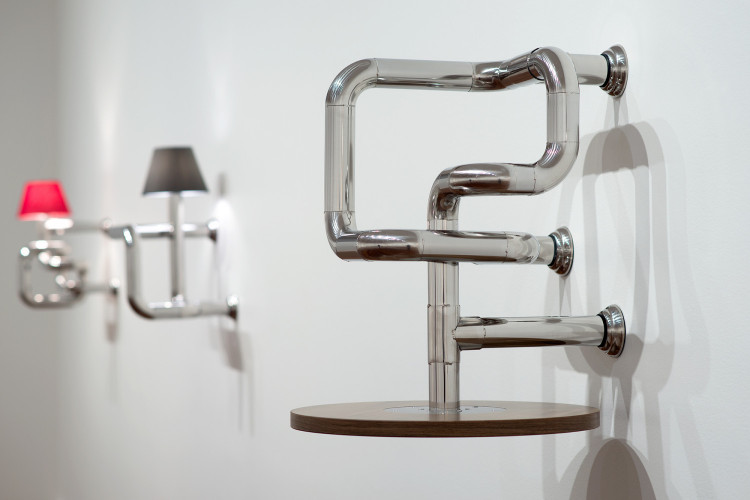 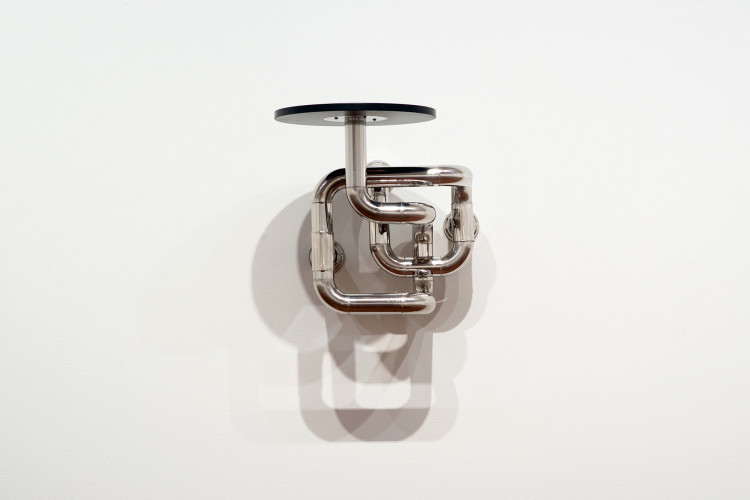 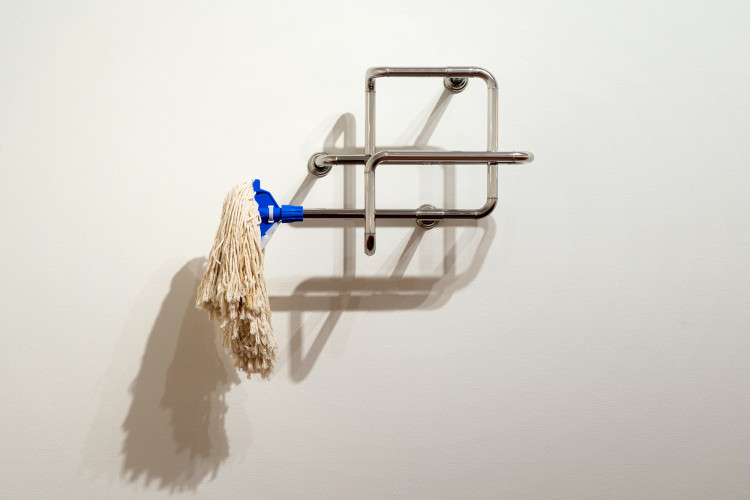 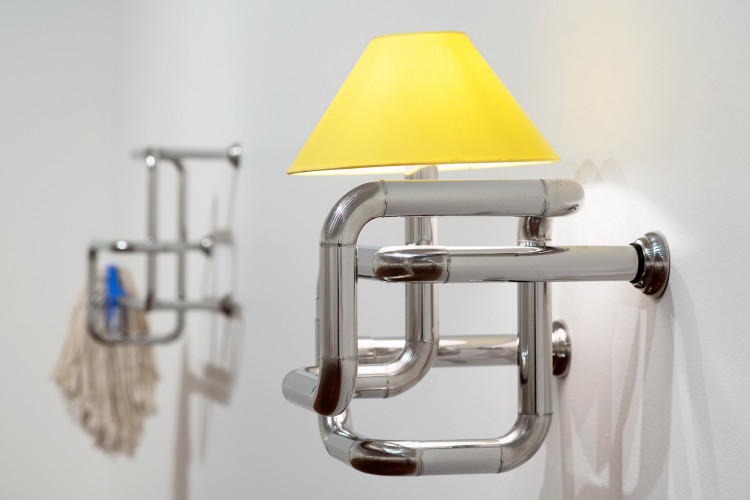 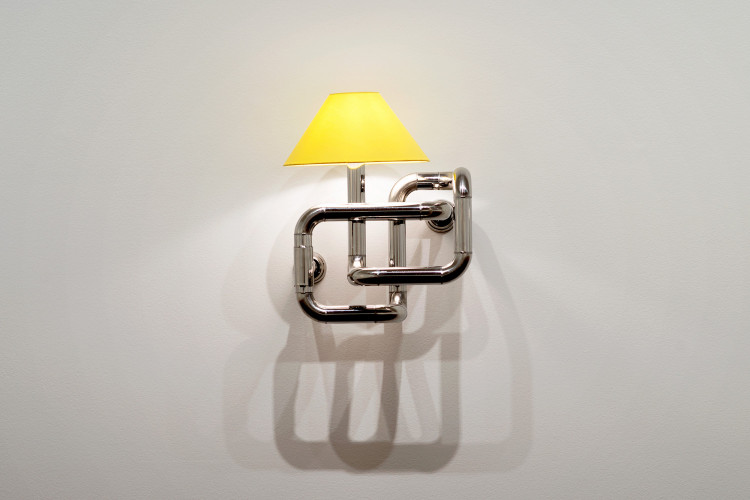 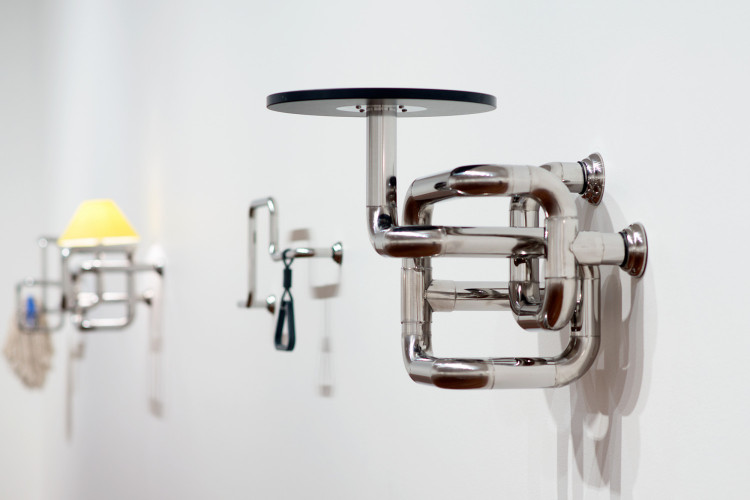 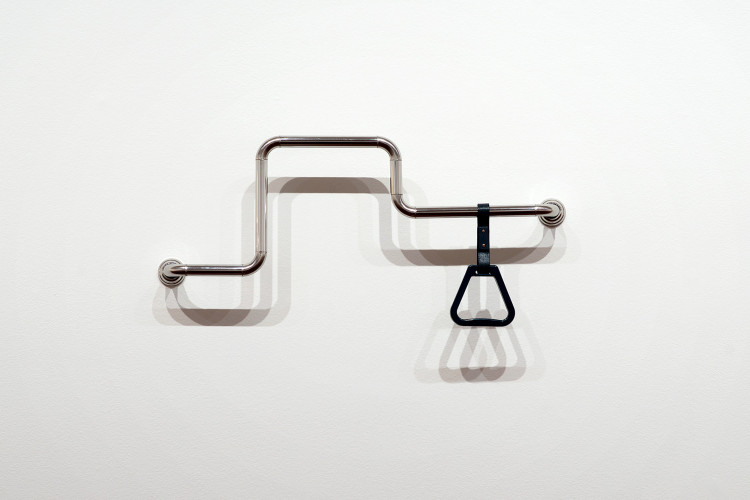 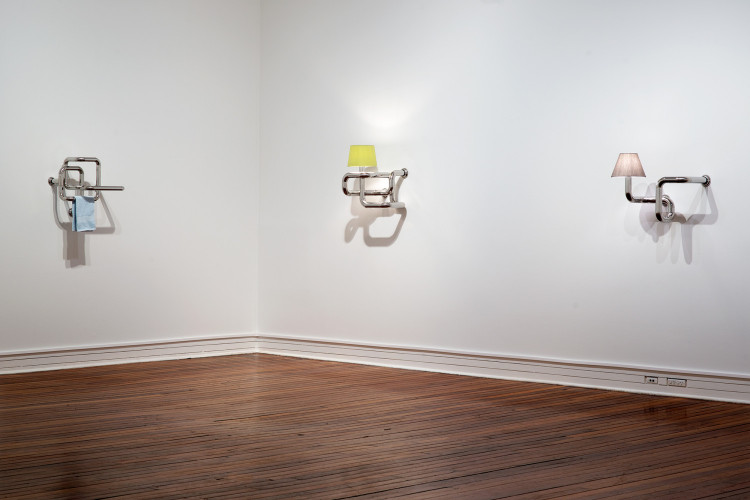 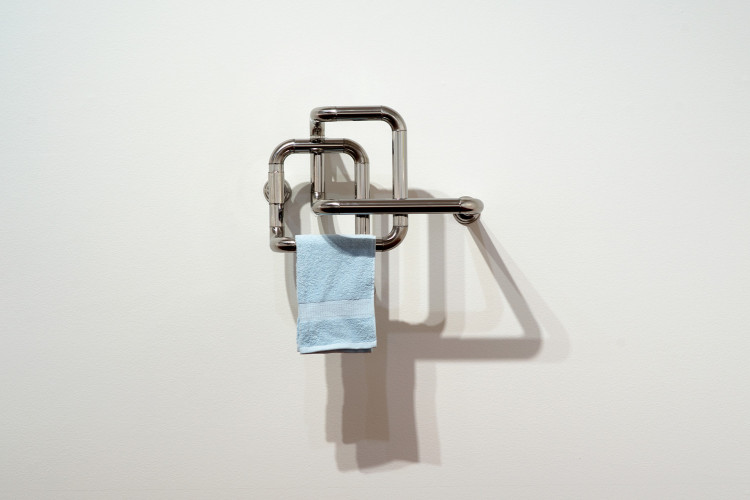 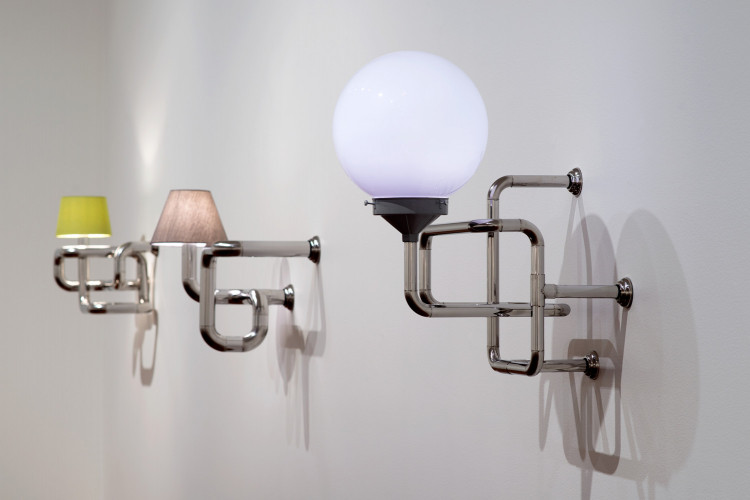 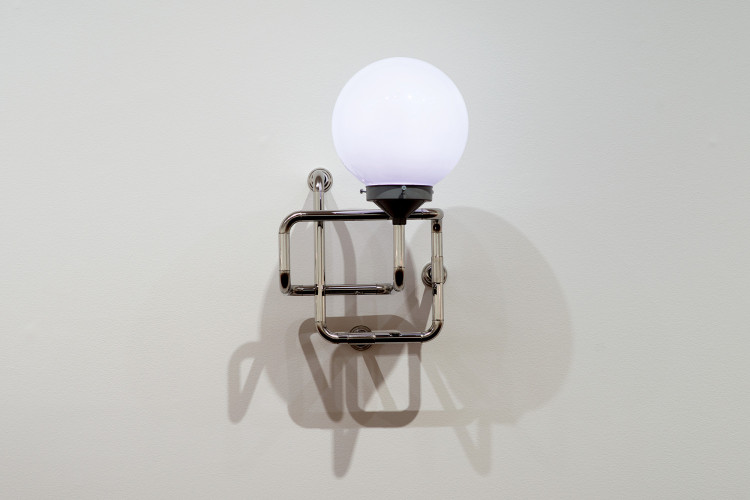 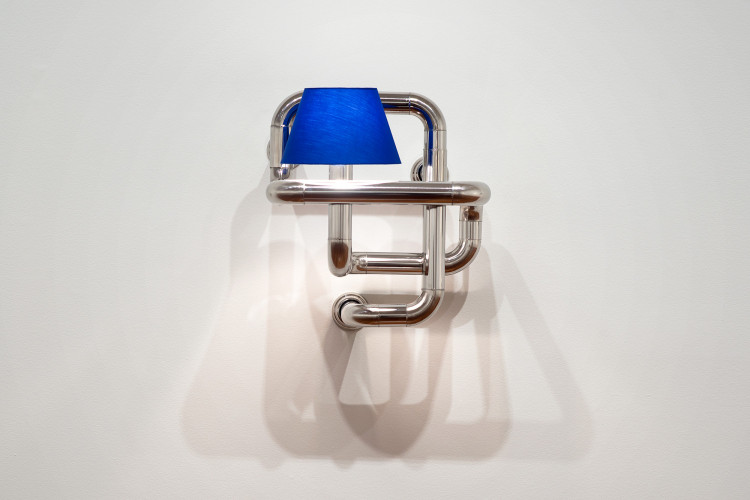 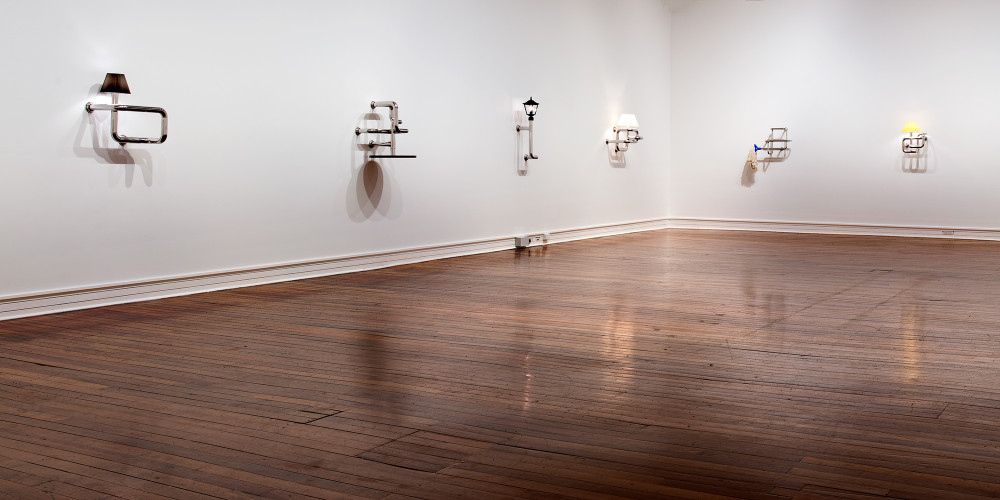 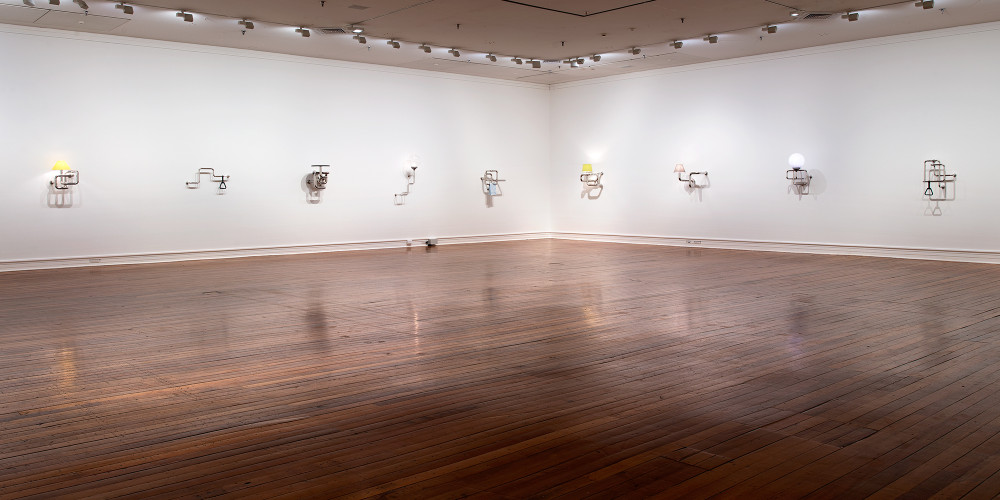 “… classical music plays a subtle game of memory and forgetting, of reminiscence and surprise, balancing the unknown against the known. The anticipation of gratification, when briefly interrupted, is intensified. Variation, development: this is the tension that commands attention. The dialectic of theme and transformation is that of expectations and predictions on the one hand, crises and differed resolution on the other.”[1]

Having played the cello since she was seven years old, there are many parallels between Yona Lee’s approach to art making and her experiences as a trained musician – both in the physical engagement with objects, audiences and spaces, and the relationships that exist between the individual and the collective, the animate and the inanimate. Lee’s practice moves between large-scale site-specific installations comprised of stainless-steel pipe and found objects, and smaller, more discrete sculptures. Her works, no matter their size, share a language and materiality with urban infrastructure, commercial interiors and architectural design.

As the Dunedin Public Art Gallery’s 2020 Aotearoa New Zealand Visiting Artist, Lee spent 12 weeks on residency in Ōtepoti Dunedin. This residency provided time and space for research and development, allowing Lee to explore new ideas and experiment with properties such as line, form, scale and material. Moving beyond the large-scale installations that have defined Lee’s recent exhibition outcomes, Successionexplores the potential of working in series. Across this suite of small-scaled sculptures the stainless-steel pipe is the constant; cut, bent and welded into adapted forms. The inclusion of objects drawn from domestic or urban environments, such as light shades and bulbs, tables, brooms, mops and handrails, provide another point of difference – reflecting specific actions, functions and locations. In SuccessionLee presents an accumulated sculptural language, one which allows viewers to explore nuanced and accentuated variances across multiple forms.

Yona Lee was born in Busan, South Korea in 1986. She completed an MFA at Elam School of Fine Arts, University of Auckland in 2010. Her recent solo exhibitions includeIn Transit, City Gallery Wellington (2018/19); Monochrome on Display, OCI Museum, Seoul (2017); and Line on Display, West Space, Melbourne (2016). Lee was included in the 15thLyon Biennale of Contemporary Art, Lyon, France in 2019, with other group exhibitions including Spacemakers and roomshakers, Art Gallery of New South Wales (2018) and the Changwon Sculpture Biennale, South Korea (2016). In 2016 she completed two consecutive residencies at SeMA Nanji and Geumcheon Art Space, both in Seoul, South Korea. Lee lives and works in Tāmaki Makaurau Auckland.

Check out Yona Lee’s response to Colin McCahon’s Landscape theme and variations (series B), as part of the McCahon 100 here: https://mccahonhouse.org.nz/100/yona-lee/

Listen to the conversation with Yona Lee and DPAG curator, Lauren Gutsell - includes images of all of the works from Succession