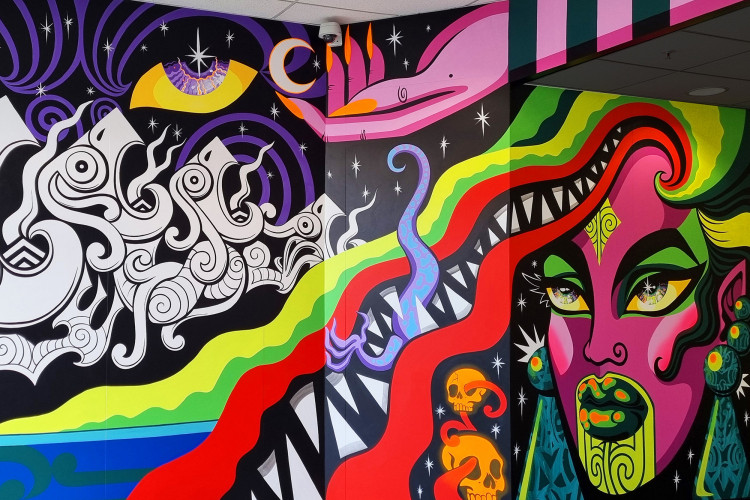 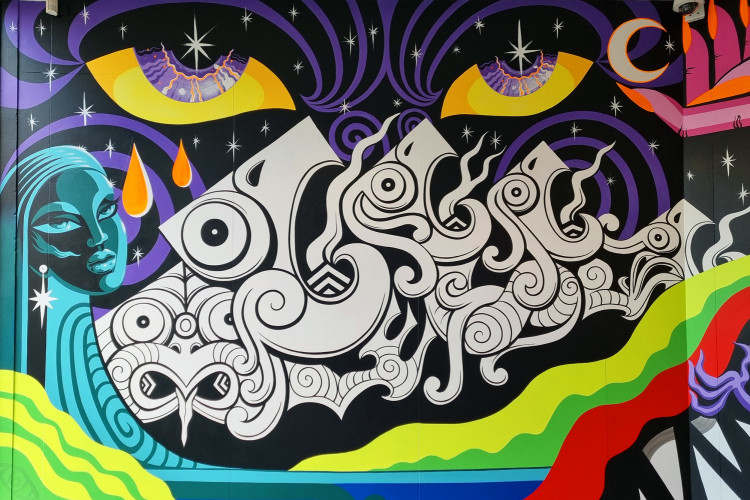 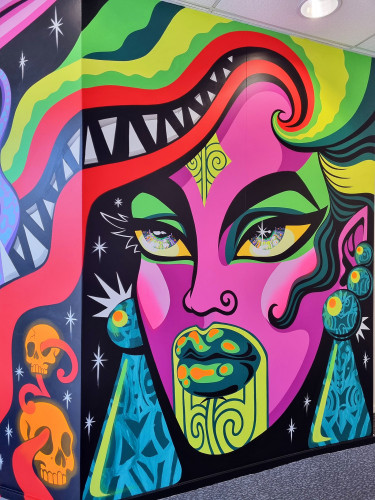 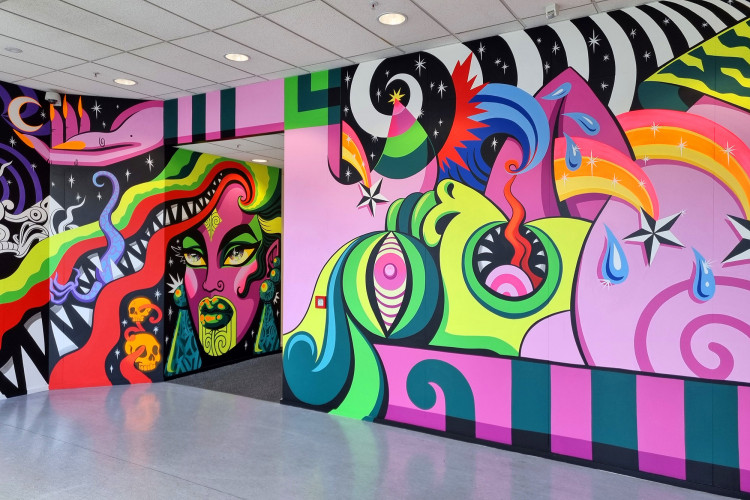 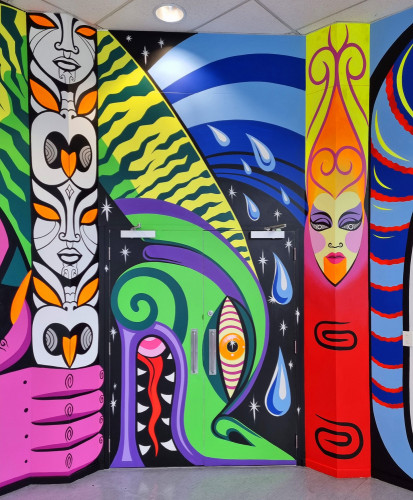 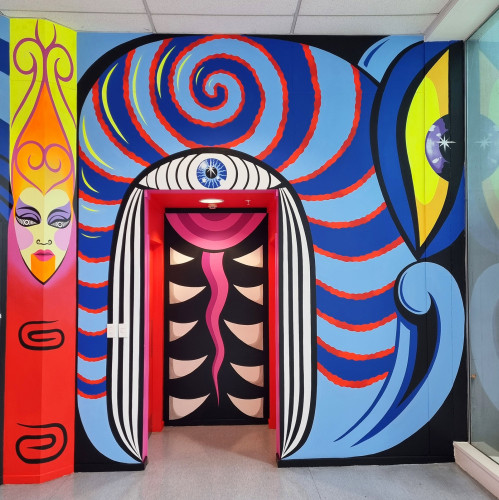 Xoë Hall’s large-scale murals can be found enveloping buildings and public spaces across Aotearoa. In Bloodline, she radically transforms the Gallery space, filling it with atua Māori, Māori ancestral figures, and kōrero tuku iho, treasured stories handed down through generations. Hall shares her own interpretation of a Kāi Tahu creation story, showing Rakinui staring longingly across at the wild beauty of Papatūānuku, separated by their children so that Te Ao Mārama, the world of light, could emerge. Papatūānuku’s former lover Takaroa appears at one side, creating a space of bounty to sustain future generations. Aoraki and his brothers rise from the whenua, while Pounamu, descendant of Takaroa, adorns the mural throughout. Bloodline includes atua that appear in many of Hall’s works, such as Mahuika the atua of fire, Hine-nui-te-pō the atua of night, death and the underworld, and Māui, the trickster (who appears as a lizard).

“Bloodline acknowledges Takaroa, atua of the sea, senior bloodline of Kāi Tahu, as the first husband of Papatūānuku, earth mother. While Takaroa spent much of his time in the great expanse of the ocean, he would eventually return to find Papa intertwined with the sky father, Rakinui. Despite his efforts, their love was untouchable and Takaroa had no choice but to let it be and step aside for things to come. Another immortal heart was broken in the coming together of earth and sky. Pokoharua-te-pō - mother of wind and storms, a maiden of the night - was the first wife of Rakinui. Their son Aoraki and his brothers sailed their waka beyond the realms to ask their father to come home. But seeing that they too could not break the bounds of love, recited a karakia for safe return to the heavens ... but they made a mistake in their incantation which sealed their earthbound fate. Their waka crashed into Papatūānuku, where they eventually turned to stone. Standing tall amongst the clouds, Aoraki is the mighty mountain of Kāi Tahu.”

Hall has painted her mural to work with the architecture of this space. Entryways become the physical features of the depicted figures, and pillars become pou, erected by the sons of Rakinui and Papanūānuku to hold their parents apart. Strong and vibrant, Bloodline was originally created as part of Paemanu: Tauraka Toi – A Landing Place (Dec 2021 – April 2022). This important exhibition involved over 40 Kāi Tahu artists, and Hall’s mural endures as a legacy of the kaupapa and as a bold celebration of Hall’s Kāi Tahutaka.