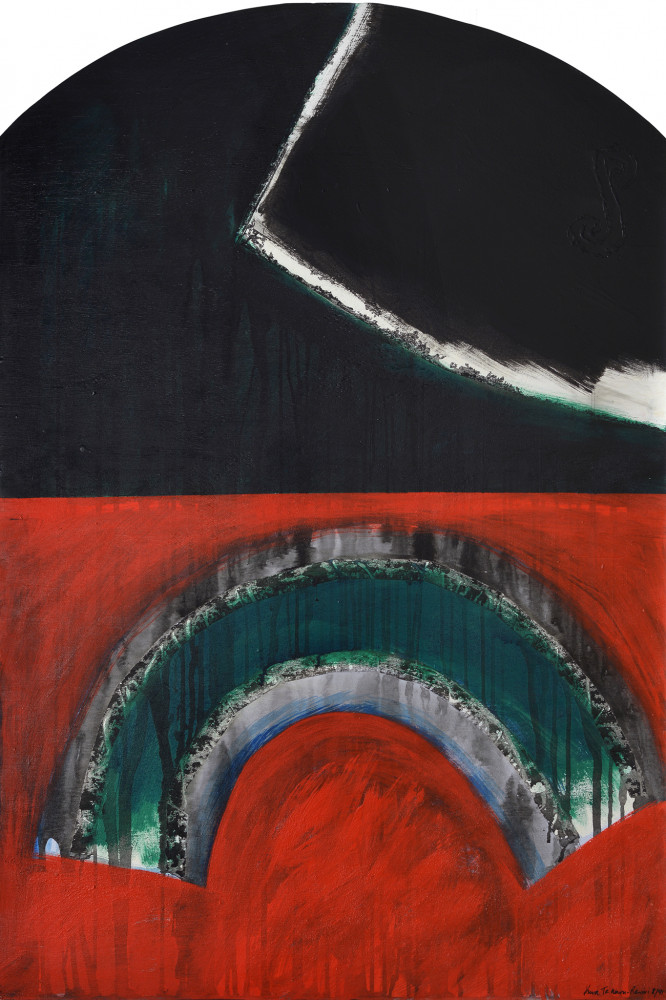 A Sense of the Sacred

In 1991 the Dunedin Public Art Gallery purchased Untitled (1991) by Kura Te Waru Rewiri (Ngāpuhi, Ngāti Kahu, Ngāti Rangi, Ngāti Kauwhata). In 1990, the year that marked the 150th anniversary of the signing of Te Tiriti o Waitangi (The Treaty of Waitangi), Te Waru Rewiri was awarded a Queen Elizabeth’s Arts Council Grant to produce works based on this commemoration – and it became a central focus of her paintings in the early 1990s.

Untitled is currently on display in IN HER IMAGE, an exhibition curated by the Gallery’s 2020 Curatorial Intern Joanna Osborne. As Osborne notes in the accompanying label, ‘Untitled imparts a sense of the sacred in its colour and symbolic form. The sacred colour red (whero; kura) forms a material ground upon which is placed an arch of life. In the matt black segment above a bordering slice of white light, sits a double spiral koru embossed upon the surface and carrying the meaning of growth, new life, and deep connection with whenua.’