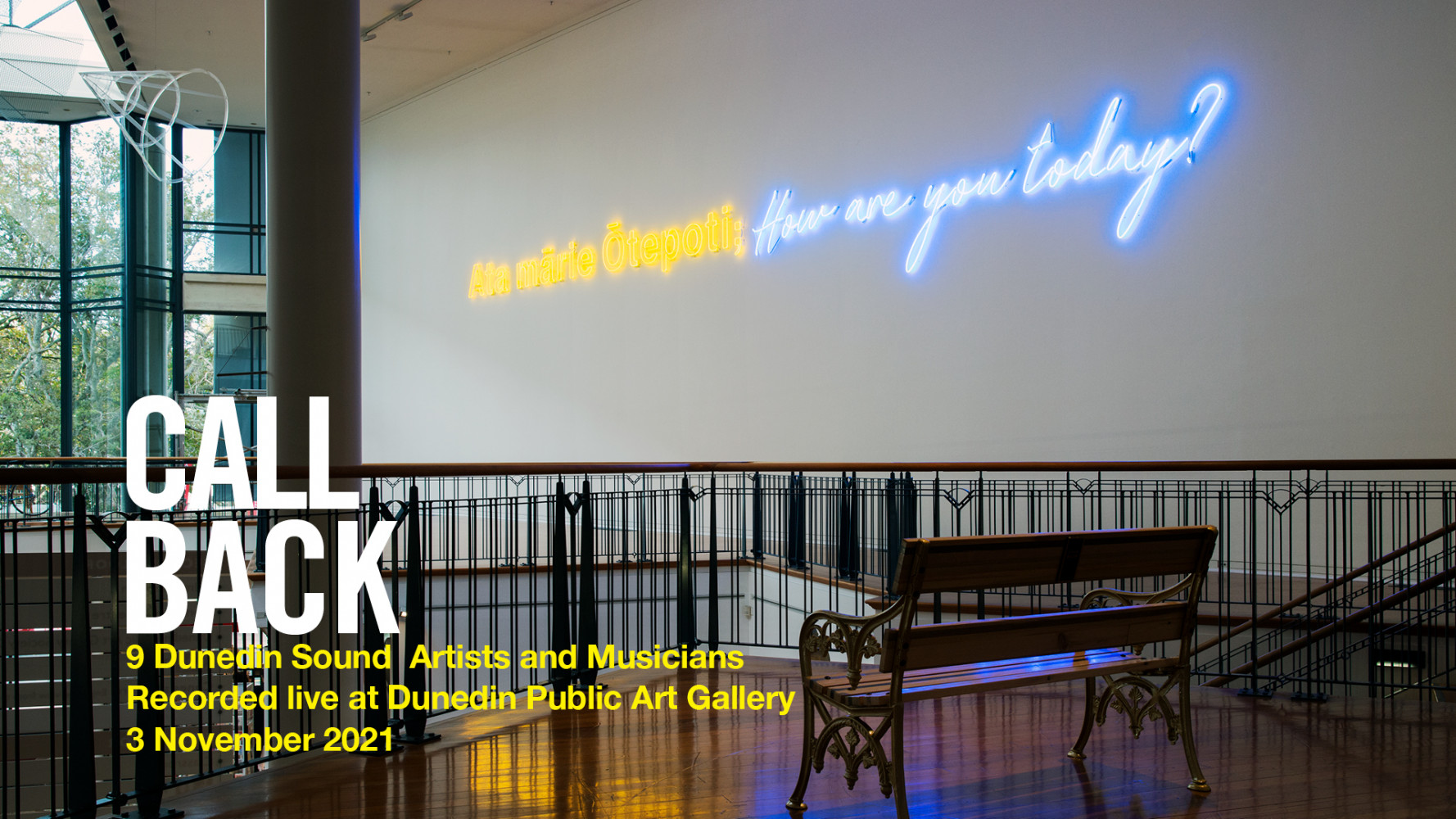 Rewind back to Chippendale House, Dunedin’s legendary music venue of the 1980’s.

Ōtepoti Dunedin is a place that has long been renowned for its creativity, inspiring artists, musicians and poets alike. It famously made its mark on the world stage as an incubator for the emergence of experimental music, known as the Dunedin Sound. At the centre of this creative hub was a community-based performance space, affectionately known as Chippendale House. This venue combined Dunedin’s love of heritage buildings and the creative community that fostered Dunedin’s musicians and artists, providing them with a space to create, perform, record and live. Chippendale House was started and run by an artist collective from 1985 to the end of 1987.Among the well-known Dunedin names to have performed there were The Bats, Look Blue Go Purple, Straitjacket Fits, The Chills, Sneaky Feelings, Bird Nest Roys, The Verlaines and Snapper.In Scott Eady’s recent exhibition at the Dunedin Public Art Gallery, Cinelli 250: Ata mārie Ōtepoti, Eady continued the tradition of Chippendale House, providing a site for contemplation, communication, connection and creation with the Chippendale Suite – a lovingly handcrafted rendition of a pair of park benches. Eady’s work often operates around the re-imagining of everyday materials and objects. In this project, the bench seats were built out of a piano with many long-standing connections to Dunedin’s music scene. The iron harp was re-cast into the ends of the benches, with the seats and backs constructed from the piano’s timbers. The plaque on the reverse of the seat suggested that the bench was a site to take pause, asking those who approached to please ‘call back’. Over the course of the exhibition, guests and gallery visitors were invited to use this as a space from which to create and perform.  The intention was to mark the end of this exhibition with a magnificent culmination of these performances with Call Back, a live concert featuring nine original Chippendale House musicians; David Eggleton, David Kilgour, Francisca Griffin, Joan George, Michael Morley, Bruce Blucher, Richard Wallis, Stephen Kilroy and Robbie Yeats. Unfortunately, Covid19 restrictions meant this concert could not go ahead as originally planned, instead the concert was filmed without an audience and we are thrilled to present a digitised screening of Call Back. This concert and its accompanying interviews, will become an invaluable resource in Dunedin’s rich music scene archives. Please follow the link below and enjoy the Call Back concert in your own home.   Cinelli 250: Ata mārie Ōtepot is a Dunedin Public Art Gallery Visiting Artist Project supported by Creative New Zealand Toi Aotearoa along with project partner, Dunedin School of Art.