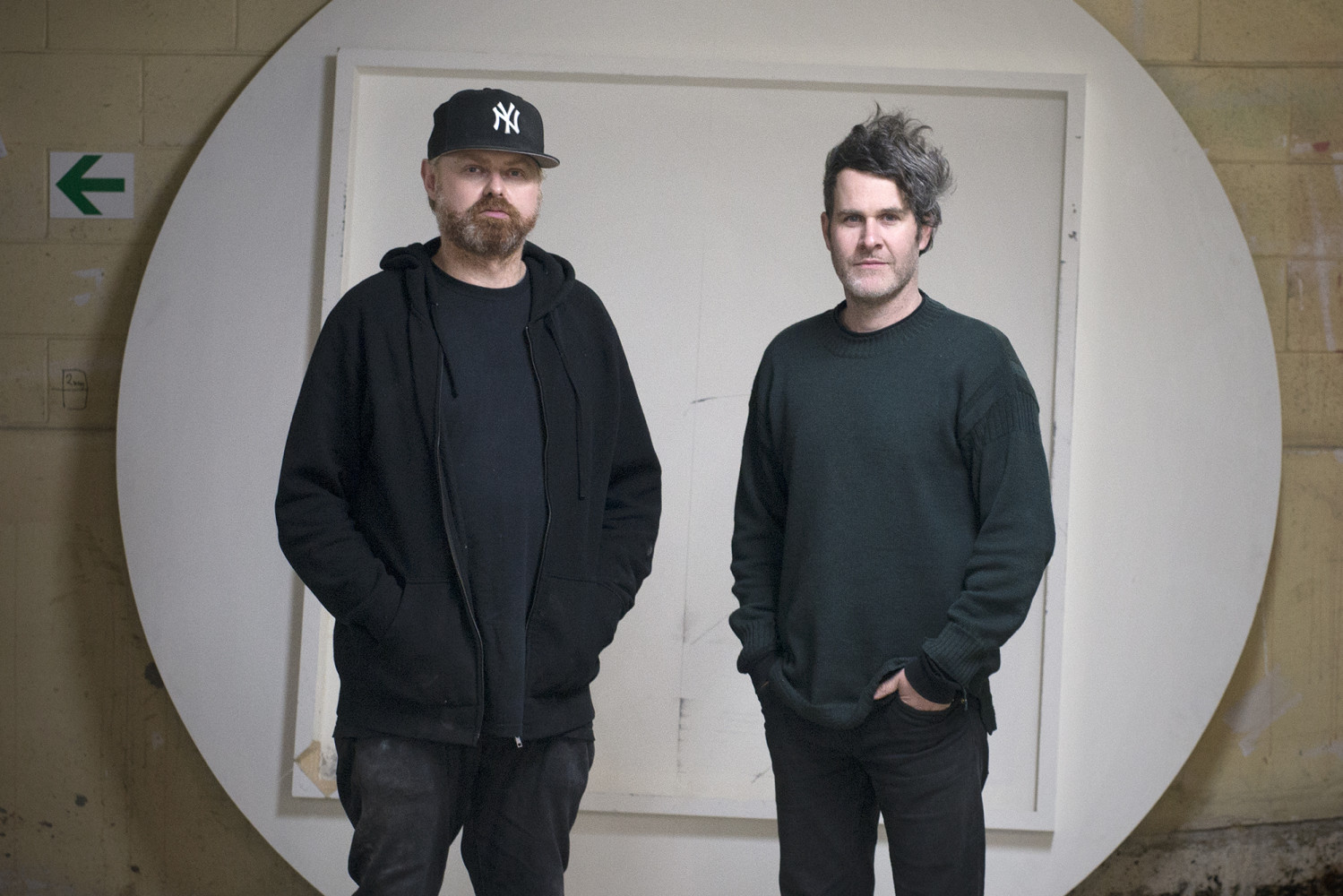 Many people wonder just what goes on behind the scenes at the Gallery and, with an ever-changing suite of exhibitions on show, it certainly is a hive of activity in the back corridors and workrooms at the DPAG. In this edition of Art Post we acknowledge the mahi of Gallery Technicians Jay Hutchinson  and Chris Schmelz, who joke that their jobs are to work behind the scenes and to not be seen.Jay and Chris, great mates who met at art school, are both practicing artists and have a long association with the Gallery.  In his spare time Chris works with analogue film, still photography and 16mm moving image – a big part of which is hand-processed using coffee as a developing agent.  In his current art practice, Jay is working on an ongoing hand embroidered series Treasures from the Dunedin Public Art Gallery Carpark – focusing on the more interesting pieces of rubbish blown into and found in the DPAG carpark.When asked about some highlights in working with the collection, both were quick to mention the honour of working with Ralph Hotere’s works as part of the Ralph Hotere: Ātete (to resist) show, an artist and exhibition they both have great respect for.  Both were involved with the de-install of the show with Chris saying it was ‘pretty cool’ to be handling one of his favourite artworks, the iconic Black Phoenix, of which it took six people just to lift the prow from its anchor point on the wall.  Jay recounts a recent highlight of working with artist Rachael Rakena on a large-scale AV installation as part of Paemanu: Tauraka Toi - A Landing Place.  A work which took up the whole length of ‘Big Wall’ in the Richard Walls Gallery. But what is it that Jay and Chris actually do…?Apparently no two days are the same – yet it can be a cyclical process.  De-install a show, prepare for the next rotation, clean up after the de-install, prep for what needs to be created for the next show, and so on.Both work closely with the curators, conservator, registrar and collections assistant and interestingly, alongside them, they form the small team of individuals authorised to touch the art. Jay and Chris also relish the opportunity work with DPAG’s international artists and next week will be meeting with Emily Floyd, the Gallery’s first international visiting artist in more than two years, to discuss how they’ll help her to realize her exhibition with us. Artists working with artists to achieve a shared goal and a great experience for DPAG’s visitors.  When you are next visiting the gallery, take a closer look around – Jay and Chris have played a significant part in making it all happen.