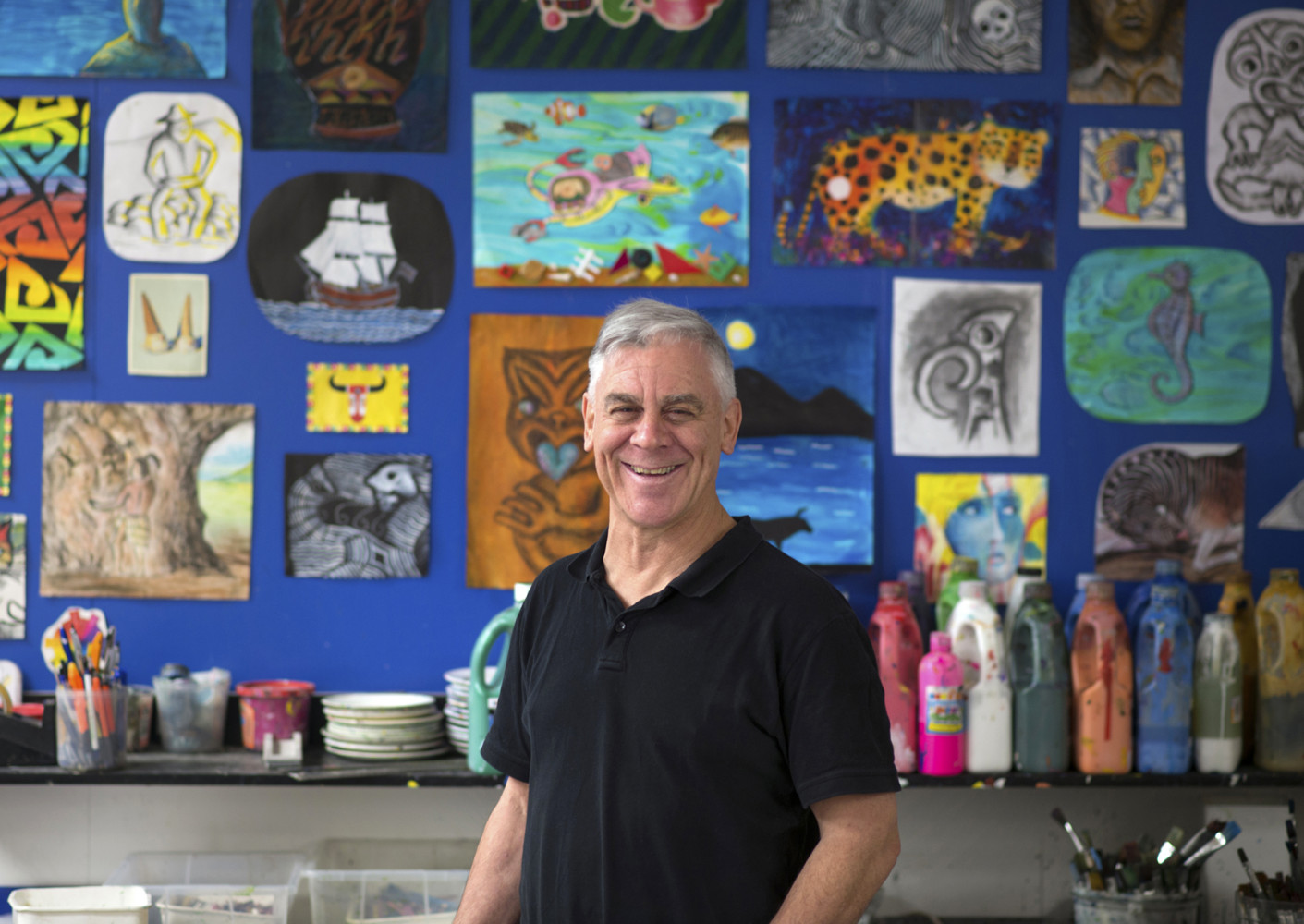 Many of you will know our much-valued colleague John Neumegan, the DPAG art educator extraordinaire who has dedicated the past twenty-five years to enriching the lives of our youth.  John certainly isn’t one to blow his own trumpet but we know just how much his work has meant to the thousands of students he’s created amazing hands on interactive art experiences for.The end of April sees us farewelling John in his art educator capacity at DPAG.  He’ll be starting new adventures in a well-deserved retirement.  Fortunately for us though, he’ll still be part of the DPAG family as a member on the art advisory board.I asked John what some of his memorable moments in his role were, and he says –It has been twenty-five years since I started as educator at the Gallery.  The time has flashed by so it doesn’t seem that long at all.  It is only when a parent helper on a visit says that she remembers her visits as a student that you realise the years really have passed by.  The humbling part is seeing emerging talent – students who produce a far better piece of art than my original sample.  There have been many memorable moments but one that stands out is the Haunted House exhibition – the one where the elevator creaked and made other disturbing noises.  With the visit over the students relaxed and thought they were descending to ground level ready to head out to their bus.  Little did they know that I had pressed ‘B’ for basement where colleague Andrew Geros was waiting with his dog mask on.  When the elevator doors opened he stepped forward out of the pitch darkness. The loud piercing screams as the terrified students backed up to the other end of the elevator made for a very memorable ending to the visit.      We know John won’t be a stranger to DPAG and we hope he’ll pop in now and then for the staff’s daily afternoon quiz and chat. But for now John, thank from all of us for the considerable mahi you’ve put in over the past twenty-five years.  You really are ‘world famous in Dunedin’, a truly valued member of our team and it certainly won’t be the same around here without you.Noho ora mai, Rachel Cooper Audience Development Manager, Dunedin Public Art Gallery