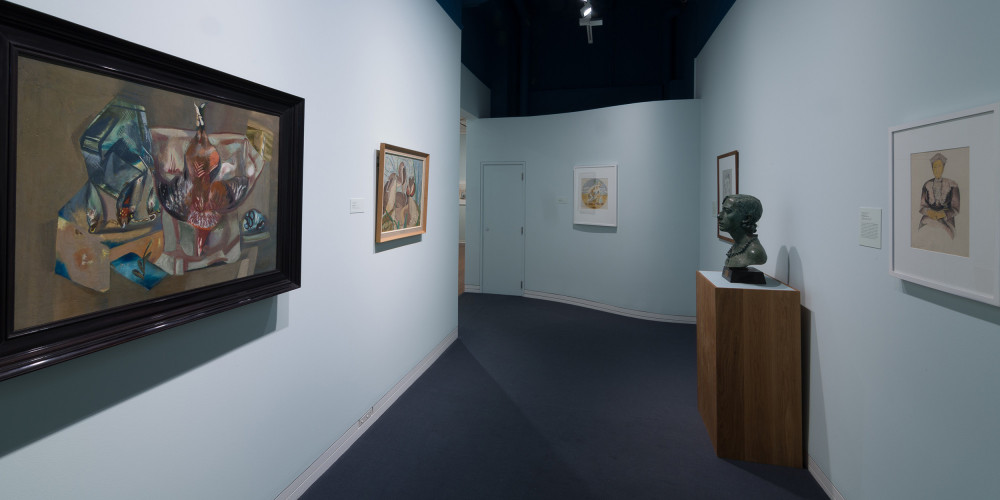 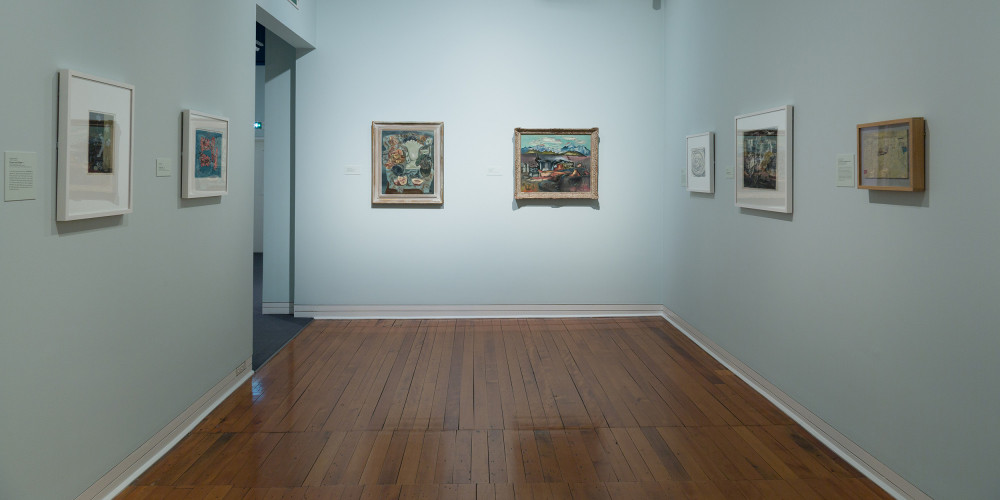 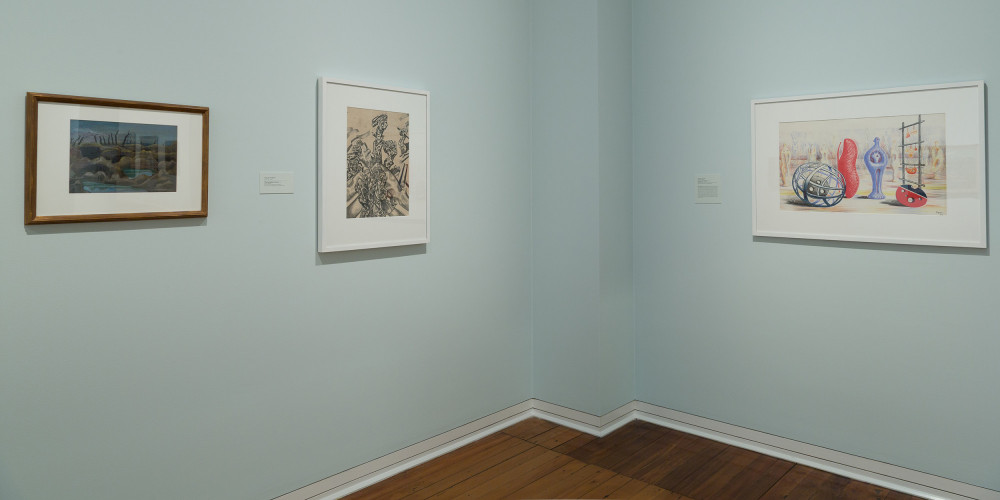 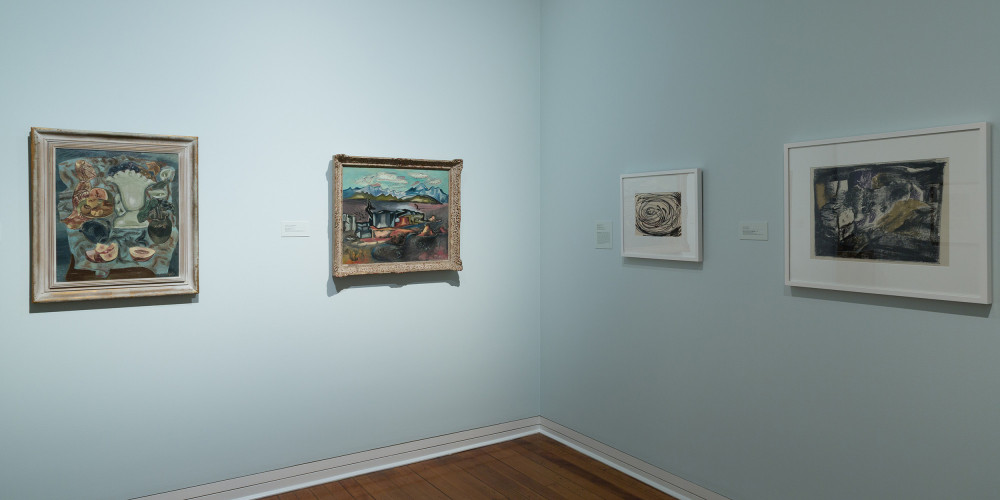 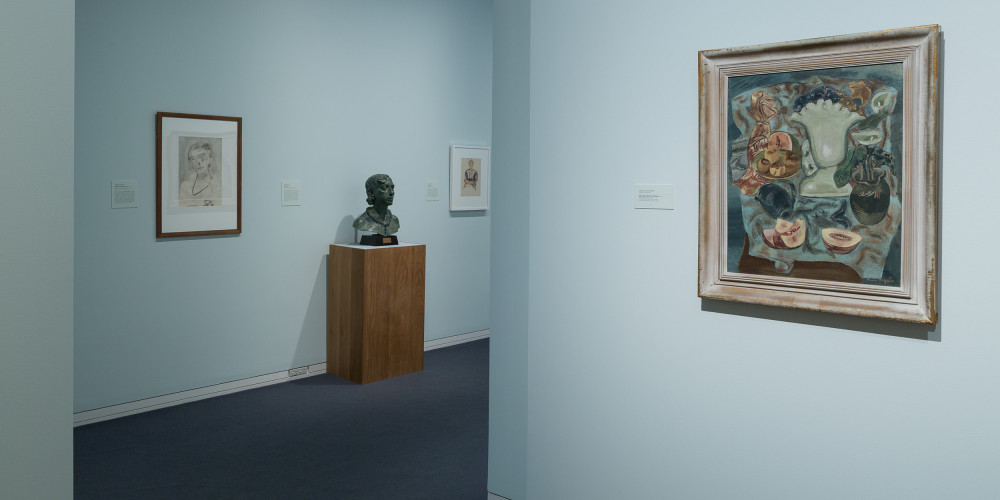 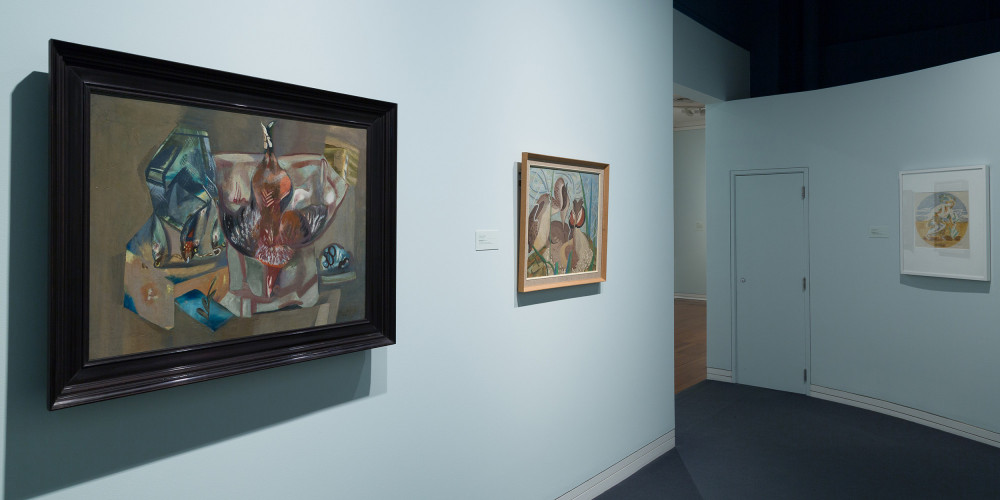 British Modernism from the Early to Mid-Twentieth Century

The flourishing of modernism in early twentieth century British visual art sought to revitalise painting and sculpture in that country. Numerous art societies, groups and movements arose as a response to the circumstances and challenges of the period. Artists pulled together in order to cut down on exhibiting costs, as well as to publish manifestos on the direction they felt modern art should take.

The Vorticist group, co-founded in 1914 by the artist Wyndham Lewis, was Britain’s first truly avant-garde artistic movement, drawing influence from the Italian futurists. Another group of artists and intellectuals, the Bloomsbury Group, embodied alternative lifestyles and became famous for this as much as for their art. The Seven & Five Society, a group of artists based in London, was radically disrupted by the 1924 admission of Ben Nicholson, who sought to re-orientate the group towards abstraction. A short-lived group focussing on abstraction and surrealism, Unit One, formed by Paul Nash in 1933, strengthened London’s position as an important centre of British modernism.

Other British groups extant from the first half of the twentieth century included: The Rebel Art Centre, The Omega Workshops and the Penwith Society of Arts. The works in A Certain Visual Argot bring together artists that were members of these aforementioned artistic movements. There was much cross-pollination between them, with individuals being members of numerous groups at different points in time. There were also differences in group ideology within and between themselves, varying opinions on what a modern British art should look like, and personal and professional relationships were formed and dissipated.  Significantly, Frances Hodgkins was a member of the Seven & Five Society and briefly Unit One, as her work became increasingly modern from the late 1920s onwards.