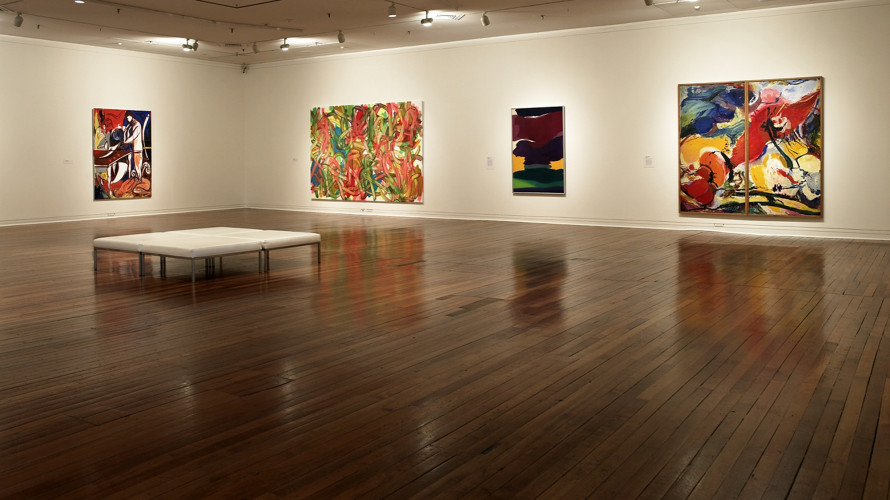 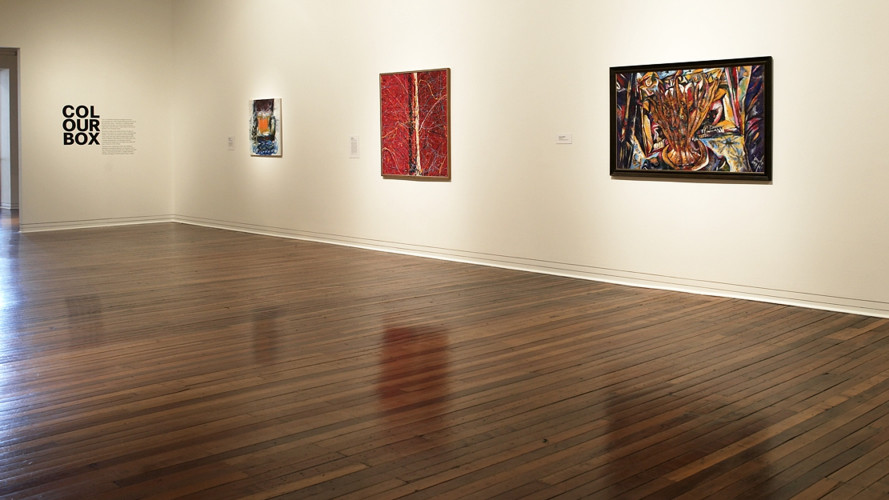 Selected works from the collection

This is an exhibition that pays homage to the rise of neo-expressionism in New Zealand painting from the mid to late twentieth century.  Colourbox is a collection based exhibition that focuses on an area of practice that has largely gone under the radar in recent years in terms of its aesthetic and conceptual values.

Colourbox includes some artists that have not been on display at the Gallery for a number of years including Philip Trusttum, Pat Hanly, Alan Pearson and David Armitage.  These artists have been placed alongside peers such as Gretchen Albrecht, Milan Mrkusich and Jeffrey Harris, and a subsequent generation of contemporary painters, including Julian Dashper and Judy Millar, who clearly still revel in this form of art making.

Colourbox is an unashamedly vibrant and fantastical celebration of expressive painting in all its guises. And in this context the words of the late Philip Clairmont are worth noting: “I think that paint itself is a magical substance.  The act of remaking or transforming an object is magic.”

This exhibition went on to have several iterations by visiting artist Fiona Connor in her exhibition Untitled (mural design).