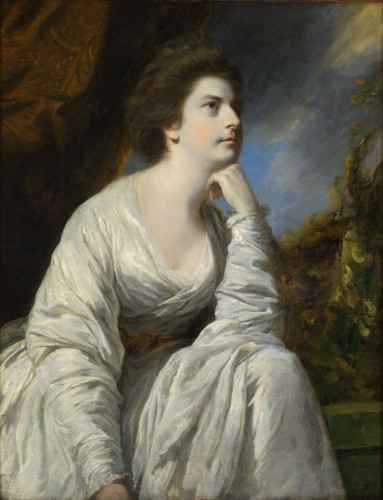 Born in 1739, the Countess Waldegrave was the illegitimate daughter of Sir Edward Walpole and a niece of Horace Walpole. She married James, the second Earl Waldegrave, in 1759. Following his death only four years later, she secretly married the king’s brother, William Henry, the Duke of Gloucester. The Countess was among Joshua Reynolds’ favourite portrait subjects and he painted her many times – at least three times in this pose alone. Dunedin’s version has been touted as ‘the first rate original’ by renowned art historian Ellis Waterhouse. This painting has, however, suffered from some of Reynolds’ technical deficiencies – the carmine pigment he used to create rosy flesh tones has faded, leaving the Countess with an unnatural pallor.