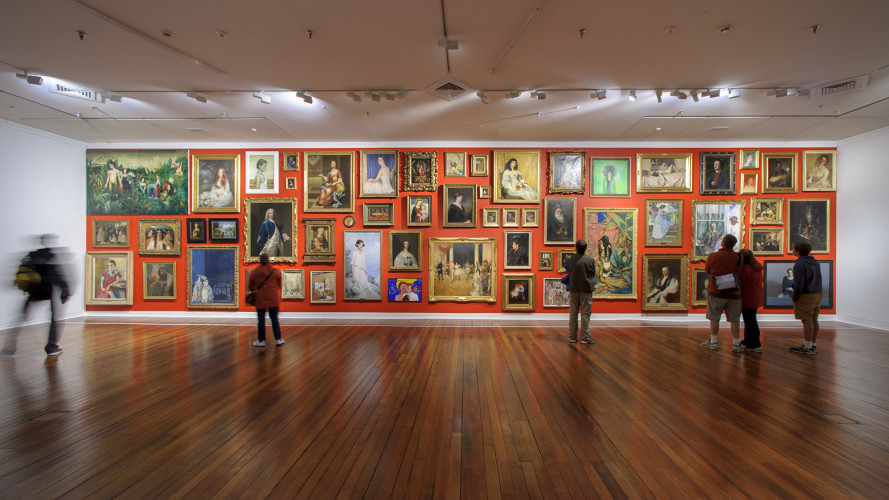 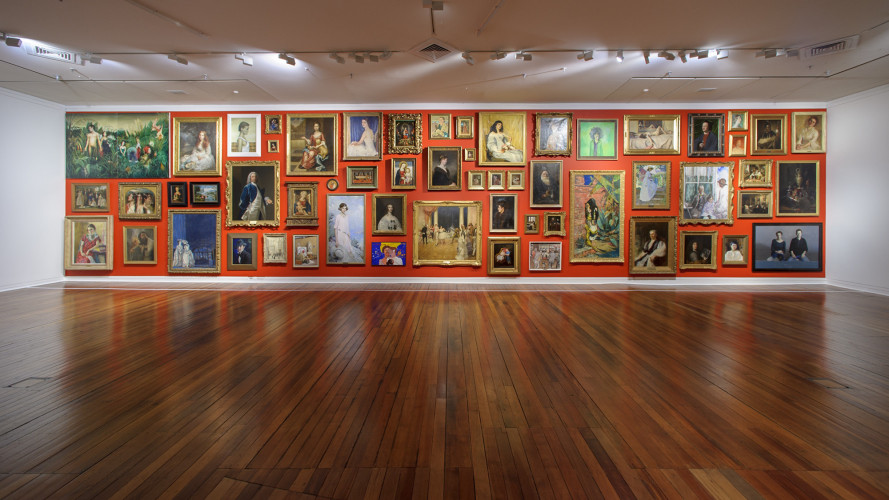 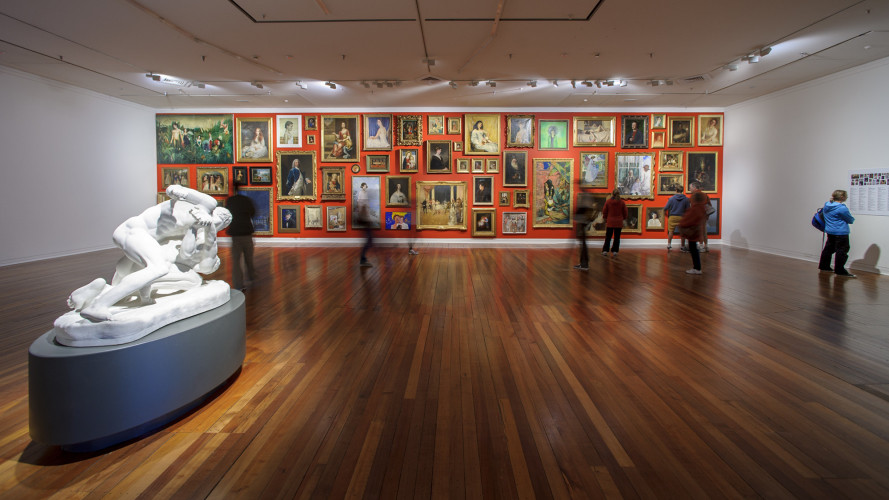 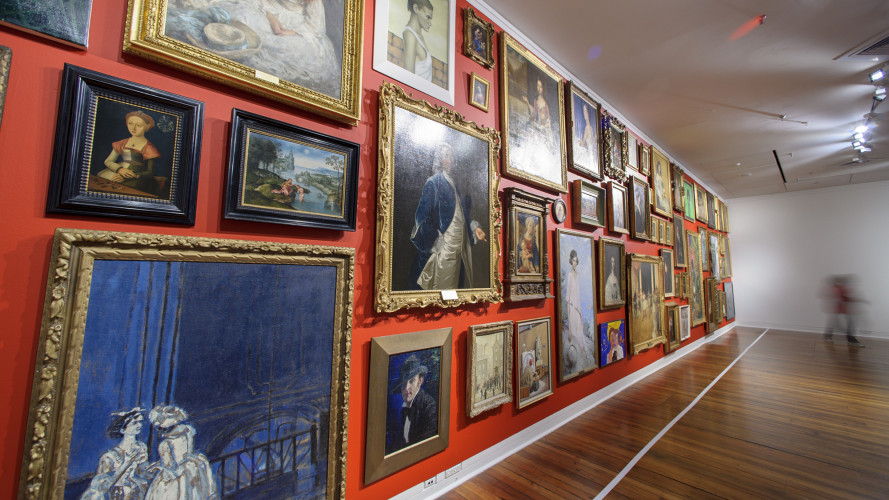 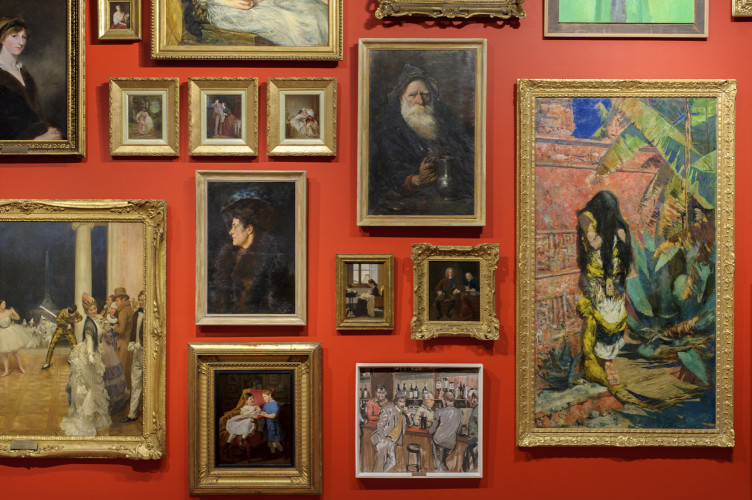 In the 1975 documentary Henry Miller Asleep and Awake, the American writer discusses how he makes use of a ‘Salon style’ to arrange and present his personal collection of art and images. The Salon hang was popularised in the 1670s and quickly became the standard approach to exhibiting and viewing art. The use of tightly hung multiple rows was a way to impress the spectator with sheer volume and shifted the object of admiration from one individual work to an entire collection. Miller suggests that this mode of presentation encourages free association: “it can take you anywhere… a viewer can get lost in and between the array of pictures and objects in such an exhibition”. It is this idea of free association provoking visually interesting similarities and contrasts that the curators wanted to explore in Wonderwall.

Johann Zoffany’s renowned painting The Tribuna of the Uffizi  famously depicts the Salon style hang and is acknowledged and referenced in this exhibition. With its rich red wall and almost claustrophobic hang, The Tribuna of the Uffizi is a picture that is obsessed with images. It captures a love of looking and a curiosity which is at the heart of any collection. Zoffany’s work also belongs to the genre of ‘conversation pieces’, paintings that both depict arrangements of figures interacting and also generate conversations amongst viewers. This facilitation of conversation not only between the collection, the curators and audiences but also between the works themselves is an important aspect of this exhibition.

Wonderwall brings together over fifty works from the Gallery’s permanent collection, a number of which have not been shown recently. From a mixture of eras, although largely historical, this grouping also includes a selection of contemporary works, which play off each other and challenge as well as connect with older pieces. Frank Dicksee’s soft, feminine idealisation Lillian sits in stark contrast to Rita Angus’ bold and modern Self Portrait which seeks out the viewer, confidently meeting their gaze. Other comparisons appear more subtly: a number of religious scenes contain similar subject matter but are rendered in diverse styles; the different use of perspective, colour and scale is suddenly very noticeable.

Rather than converting this entire space into an immersive Salon, the curators have instead decided to present a slice of it, making us aware of the artifice of the salon and its strangeness in a space usually dedicated to contemporary art. The inclusion of the Gallery’s much adored replica of The Wrestlers helps to bring the works alive, off the wall and into the space. This iconic renaissance sculpture further references the weight of art history that the salon encapsulates.

Most notably, this selection of work contains a multitude of gazes that look out at us, amongst themselves or towards an unknown beyond. The maze of gazes in Wonderwall work to make us, as viewers, conscious of looking itself – of both the acts and intentions of art making as well as the practices of seeing and watching that we employ in everyday life. Originally, the utilisation of a unifying theme helped to establish the hierarchical structure of the Salon; some works take a very strong position while others become less conspicuous. Although these gazes stare out at us, set and unmoving, this collection of paintings, stacked up and stretched out along a red wall, encourages us to move along with it.