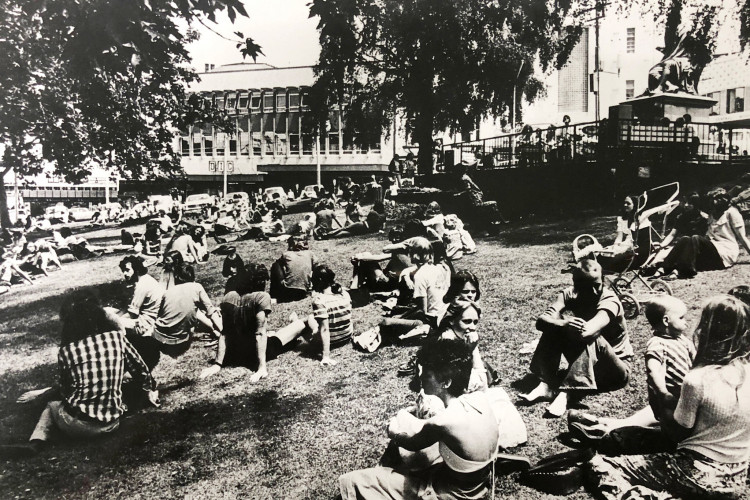 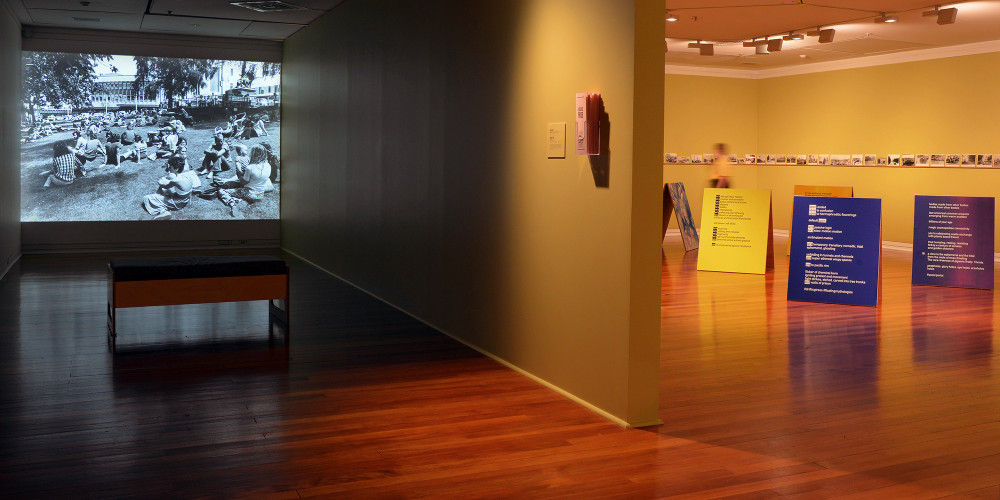 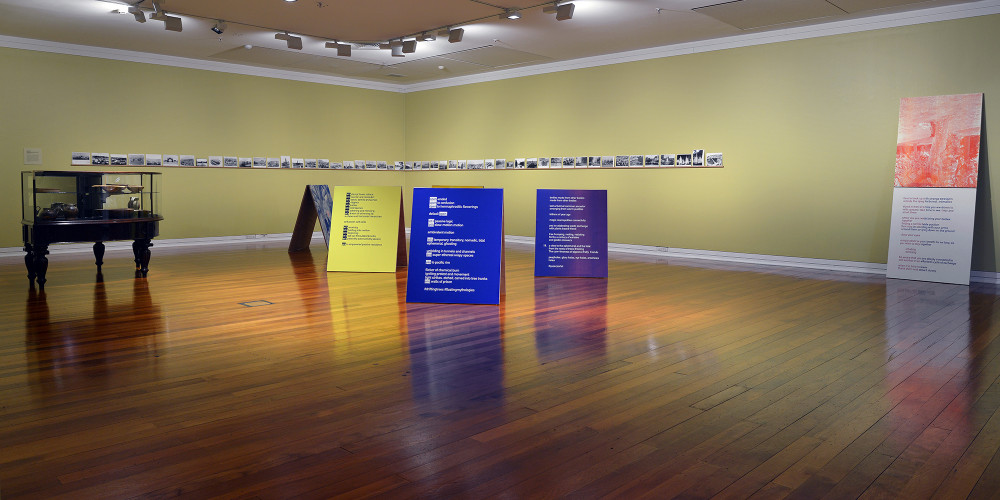 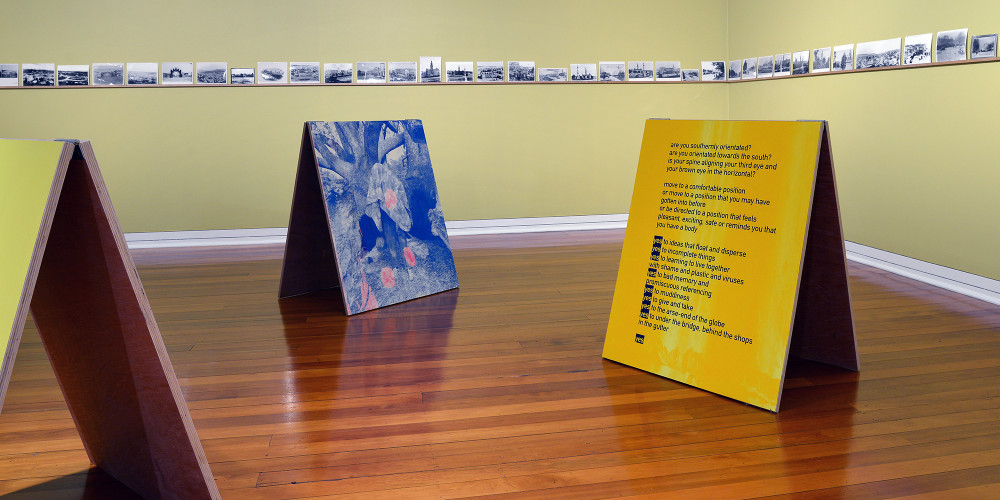 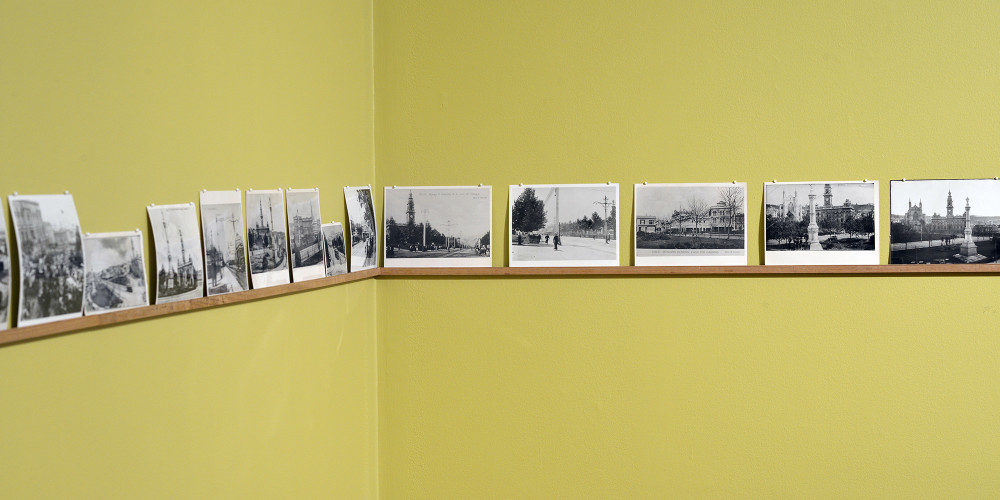 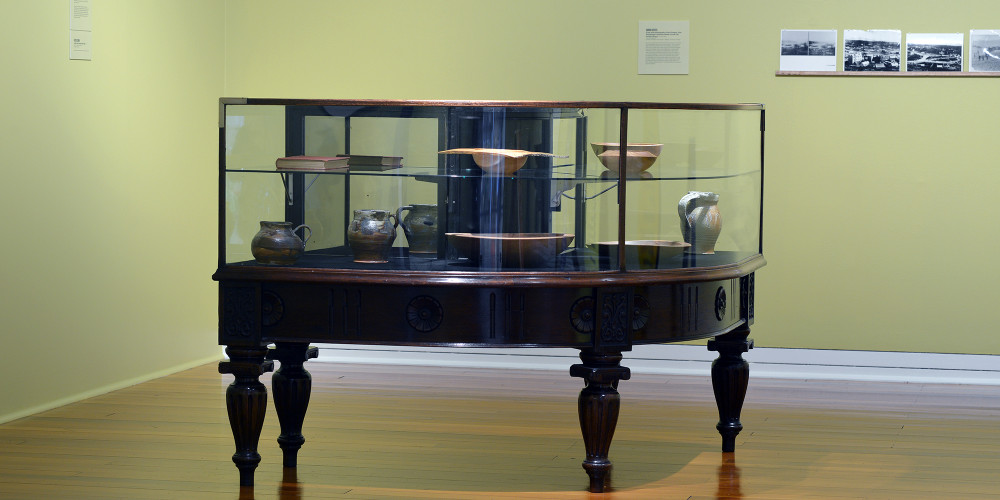 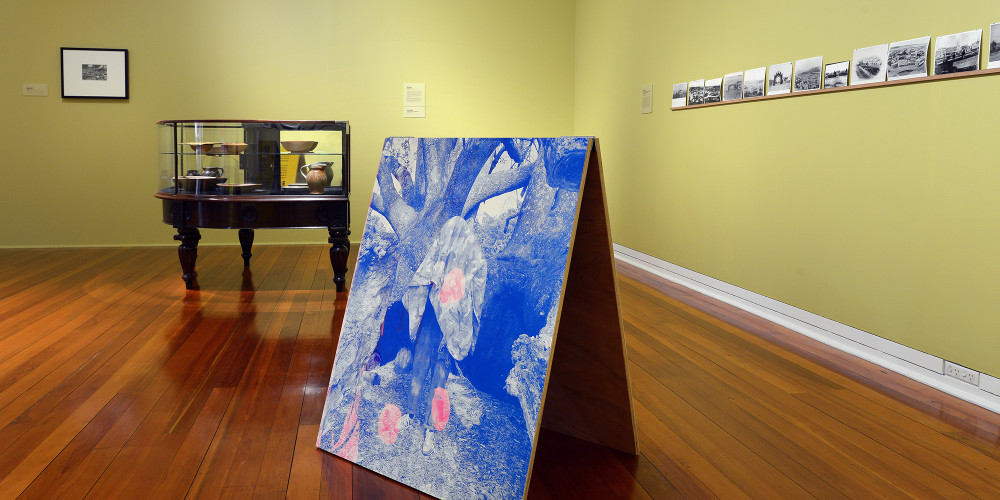 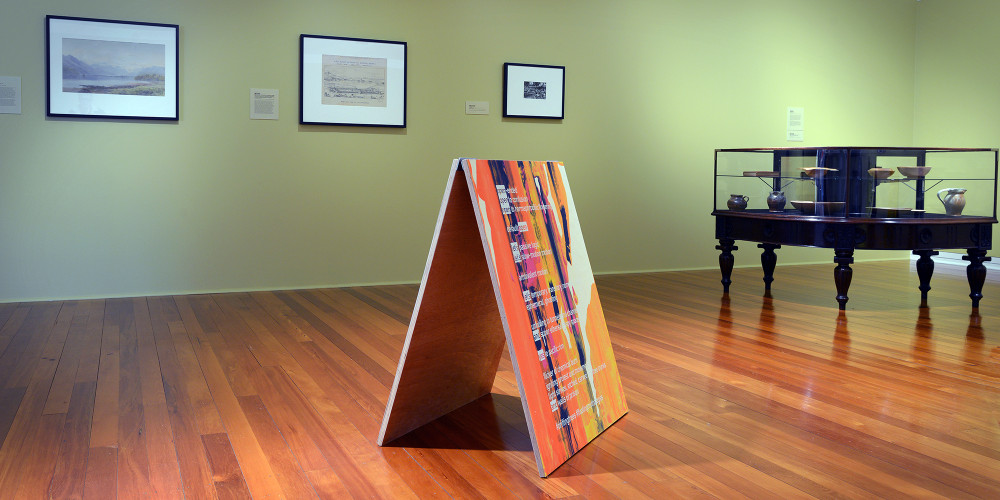 November 26th1889 marks the day that the New Zealand and South Seas Exhibition opened to the public, commemorating the 50thanniversary of colonial settlement in Ōtepoti Dunedin. Commonly known as the South Seas Exhibition, this immense public attraction provided the impetus for the newly established settlers to beautify the towns civic amenities. Public life was increasingly centered around shared spaces in The Octagon, which was gradually growing into the social centre of Ōtepoti.

With some of the profits from the South Seas Exhibition, a contribution from the London Metropolitan Public Gardens Association, and the help of the Dunedin Amenities Society, hybrid Plane trees ‘specially obtained from one single tree in Kew Gardens [London]’ were planted in The Octagon, to mark Ōtepoti’s golden jubilee in 1890. Yet now, over one hundred years later, those sixteen Plane trees have begun to die, now numbering fourteen and with the health of the remaining trees seeming increasingly precarious.

Drawing together archives, historic artworks, photography and contemporary art and craft practices, Civic Prideconsiders the legacy and currency of these living remnants from the South Seas Exhibition. Planted 130 years ago, the Octagon Plane trees traverse time; connoting a history of landscaping that speaks to the wider context of colonisation at the turn of the twentieth century, while also reflecting on some of the urgencies of contemporary life and society.

The South Seas Exhibition fostered an emergent nationalism and utilised landscape art ‘for promotional purposes.’ With the passage of time however, the trees have shifted in meaning – from encapsulating the budding desires of a nation-building state, to representing notions of ecological or social shelter within a public, urban space.  Within Civic Pride, Wilde Projects encourages arboreal intimacies– providing a set of alternative ways of engaging with these temporal travellers. This conversation is aided by the addition of turned wooden bowls, created by local craftspeople using the wood of most recently felled Octagon Plane trees. Set alongside artworks and imagery from both the Dunedin Public Art Gallery and Hocken Collections Uare Taoka o Hākena, Civic Pride sets out to broker a new conversation about the changing nature and function of a site that sits in the civic heart of Ōtepoti.