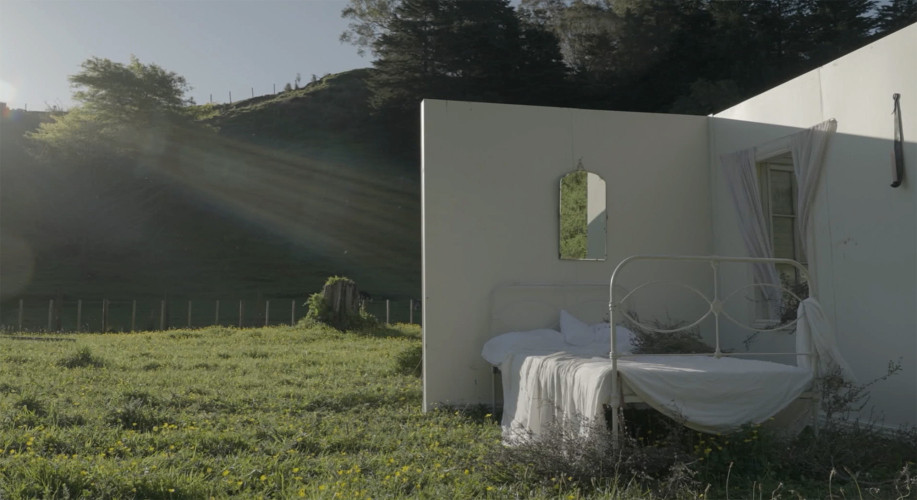 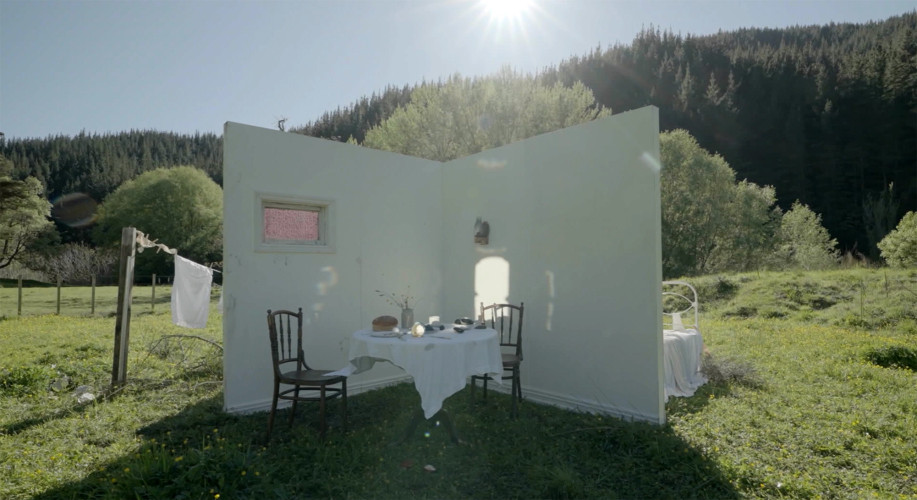 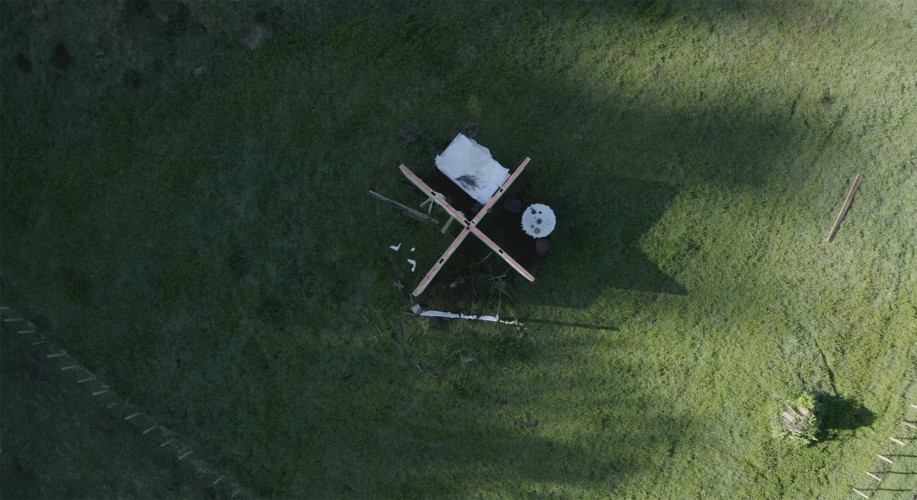 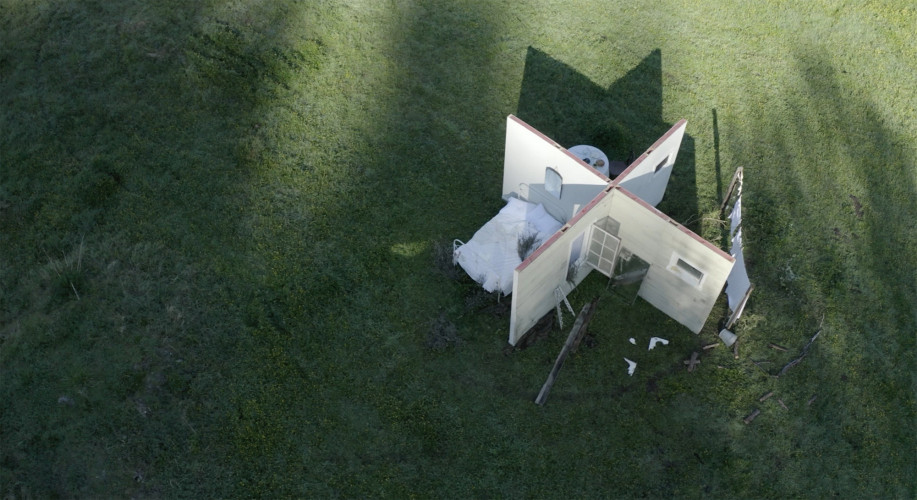 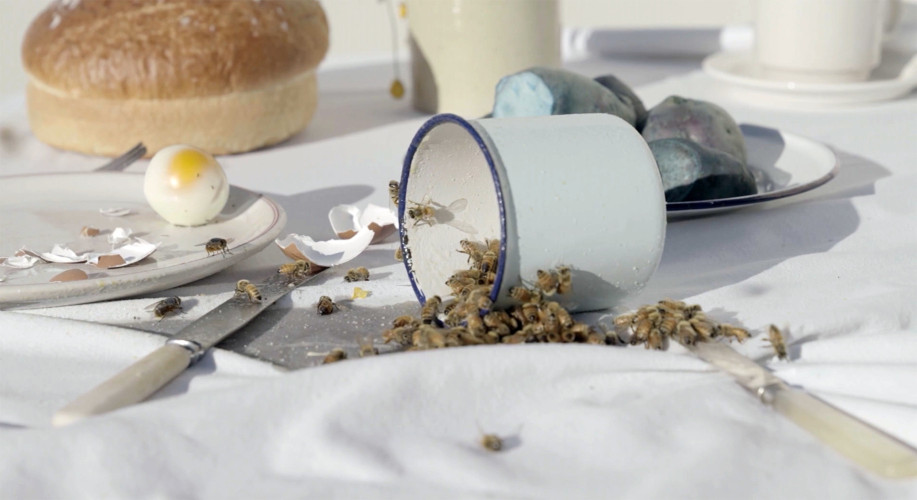 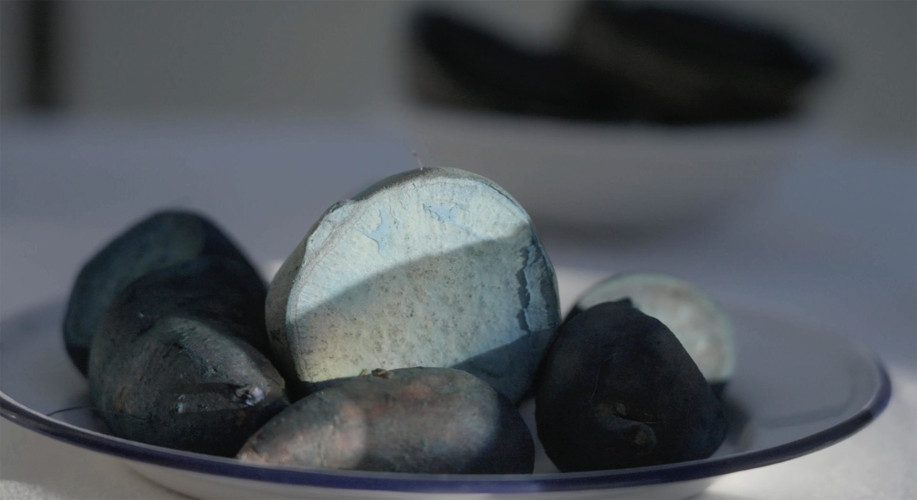 In They are cruel, Georgina Watson draws imagery and dialogue from the early Katherine Mansfield short story ‘Summer Idyll’. This story was written by Mansfield in 1907 when she lived in Te Whanganui-a-Tara Wellington shortly before she sailed to England the following year, never again returning to Aotearoa. Watson interweaves the past and present, filming an opened out colonial cottage, replete with settler domestic ware and placed out in a pastoral landscape. Watson is interested in the politics of belonging and memory for colonial settlers in Aotearoa, and how writers such as Mansfield, a first-generation migrant, might have remembered, reimagined, and perceived their ‘home’ here.

Georgina Watson (Ngāti Porou, Moriori, Ngāti Mutunga) is an artist and writer based in Tūranganui Gisborne. In her work she critically explores concepts of the imagination, desire, belonging and the politics of memory of colonial settlers in Aotearoa.

They are cruel is shown as part of an artist film programme connected with the exhibition Memories of a Naturalistcurrently on at Dunedin Public Art Gallery.